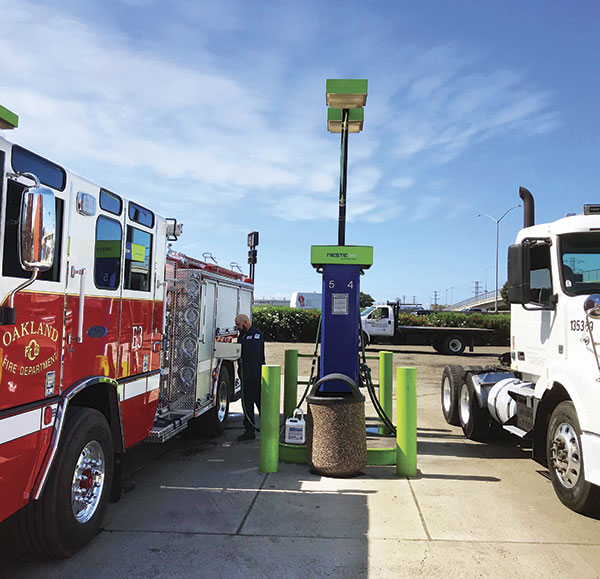 Cleaner air for its current and future citizens was the goal of one city, and that goal brought forth a fresh perspective from a commonly discarded source of energy—cooking oil waste. Oakland’s circular economy model, which encourages the reuse of resources and materials, was the driving force behind this innovative solution to fueling vehicles. But that’s only half of the story.

“Switching from fossil diesel to renewable diesel automatically converts even the city’s oldest and dirtiest polluting vehicles into alternative-fuel vehicles—overnight and with no additional costs,” Jason Mitchell, Oakland’s director of public works, says.

Making the switch was a great step toward clearing the air for the community, but Oakland wanted to do more. Inspired by the “circular economy” model, city leaders began to search for a way to repurpose the city’s waste and give it a new life.

To that end, the city of Oakland and Neste joined forces to gather waste cooking oils from restaurants and other businesses in the San Francisco-Oakland-Hayward metropolitan area. Neste transforms this waste into renewable diesel, and then returns it to the city to fuel its municipal fleet.

This concept creates a win-win-win for the city, its businesses, and its residents. It helps the local economy in and around Oakland, improves air quality in the city, and of course, ensures that its food waste is recycled.

With this program, the city of Oakland is setting an example for the world. “We are excited about this partnership to make ‘from city waste to city fuel’ a reality and do our part to improve the lives of the people in the city. Oakland’s choice of making local waste part of their energy solution sets an example for the Bay Area, for all of California, and beyond,” Jeremy Baines, president of Neste US, says. 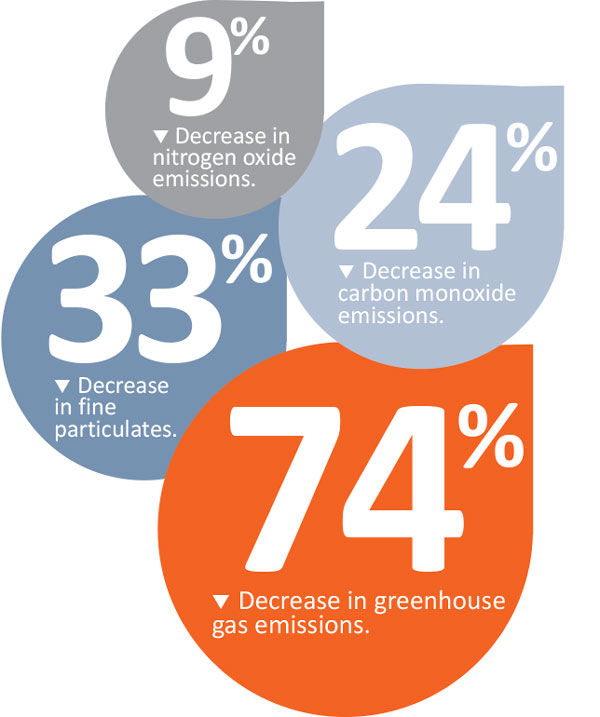 “A circular economy means that the french fries you ate today actually may end up in the gas tank of the fire truck that you see driving around Oakland,” Schaaf says. “We are literally taking cooking grease from our local restaurants and converting that into diesel fuel, which fuels the entire Oakland fleet. We have one of the most sustainable companies in the world partnering with one of the most sustainable cities in the world.”

In the first three months of the program alone, the San Francisco-Oakland-Hayward metropolitan area collected an estimated 340 metric tons of used cooking oil. This initiative has made a significant impact on helping to fuel Oakland’s diesel-powered fleets and has rewarded the city’s commitment to doing what’s best for its residents and the environment.

Sometimes the only thing required for a fresh perspective is a little bit of waste and the motivation to
reduce it.

Neste creates sustainable solutions for transport, business, and consumer needs. Its wide range of renewable products enable its customers to reduce climate emissions. Neste is the world’s largest producer of renewable diesel refined from waste and residues, and the company is also bringing renewable solutions to the aviation and plastics industries. Neste is currently ranked the third most sustainable company in the world by the Global 100 list. Find out more, visit www.nestemy.com.