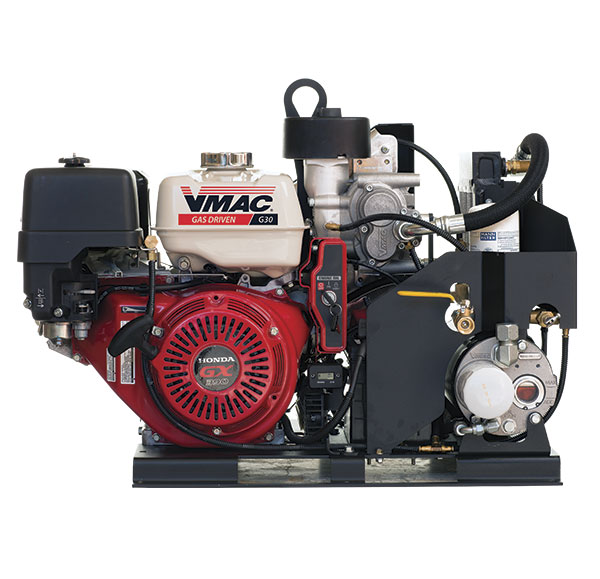 Ziegler Tire, an automotive repair and tire business, celebrates 100 years in business this year. Since it was founded in 1919, Ziegler Tire has grown to include 22 locations in three states: Ohio, Kentucky, and Pennsylvania. A company with this kind of longevity only survives and thrives by being best in class. Not only does Ziegler provide premier service and products to its customers, the brand expects the same from its vendors and suppliers. Ziegler Tire is still operating with the same mission and values upon which its founders, brothers Oliver and Harold Ziegler, built the company—exceptional customer service, unparalleled quality, and dependability.

Bill is the store manager at the Akron, Ohio, location. In addition to managing the store, Bill is also responsible for updating and outfitting the fleet of over 250 vehicles that service Ziegler’s customers. The vehicles vary, but lately Bill has added Ford F-450s and F-550s to the fleet.

These vehicles are used in Ziegler Tire’s roadside repair business unit. For a long time, the trucks were equipped with Ingersoll Rand reciprocating gas-powered air compressors. The roadside repair technicians found these air compressors frustrating because the compressors were not able to deliver air on demand, forcing the techs to wait for air to build so they could continue with their job. Adding large air receiver tanks to the systems helped shorten the wait times for air but didn’t eliminate them, and these bulky and heavy tanks added more weight and equipment to the truck. The Ziegler Tire fleet manager knew that rotary screw air compressors were better quality and able to deliver on-demand air 100% of the time, so PTO-driven rotary screw air compressors were installed on some of the trucks to help fix the issues.

These PTO drive rotary-screw air compressors lessened the frustrations the technicians had on the road. Compared to the reciprocating air compressors, the air power was much better, and these rotary screw compressors didn’t require a large tank, but they also had a big drawback: they were pricey. It was not sustainable for Ziegler Tire to outfit every roadside repair truck with a PTO drive air compressor. And so Bill sought a more affordable solution.

Bill contacted Fallsway Equipment Company for more information on the VMAC G30. Fallsway has been in business since 1959 and is a family-run business. Like many companies, the business is built around good customer service, but with Fallsway, good customer service is just a baseline metric. Fallsway strives to make sure that everything performed under the Fallsway name goes above and beyond each day and in each job. And the brand is able to back this up with a variety of awards and accolades collected over the years, most notably, “Caterpillar Dealer of the Year,” awarded to the company several times. Fallsway is also located in Akron, Ohio, like Ziegler Tire.

“It’s always great working with Fallsway,” Bill says. “They’re close by and we have a great relationship. A lot of our equipment comes from Fallsway.”

Greg, parts manager at Fallsway, spoke with Bill about his air compressor needs. “It’s a good fit from the cost and performance standpoint,” Greg says. “I would recommend the G30 to any and all customers who have a demand for mobile air.” And with this recommendation from its trusted supplier, Ziegler ordered three VMAC G30s with cold climate kits from Fallsway to test. 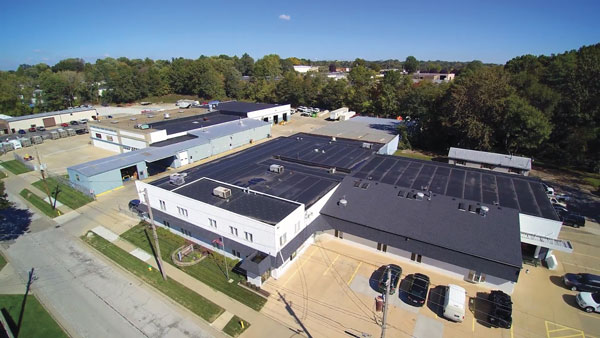 Ziegler Tire tested the three VMAC G30s on its vehicles, and the technicians had great reviews. “The G30 is fast with air. That’s the nice part,” Bill notes. “It’s less frustrating with the G30. It gets the jobs done faster.” The initial testing phase has been successful, and Bill feels confident in giving his seal of approval on the VMAC G30. “For the quality and the money, you can’t go wrong. We’ve installed and tested three, and now we have three more G30s ordered to add to the fleet.”

Fallsway has been a VMAC dealer for 15 years, and the relationship between manufacturer and dealer has been extremely successful. “VMAC is an excellent vendor and manufacturer to work with,” Greg says. “They offer excellent support—Brian Buckley, our VMAC sales representative, lives very close by, and we’re fortunate because we see him often. He helps us with demos and is always available to answer our questions. This kind of support makes me want to keep working with VMAC.”

With this kind of support, Ziegler Tire and Fallsway Truck Equipment can rest easy knowing that VMAC is right there to help if the need arises.