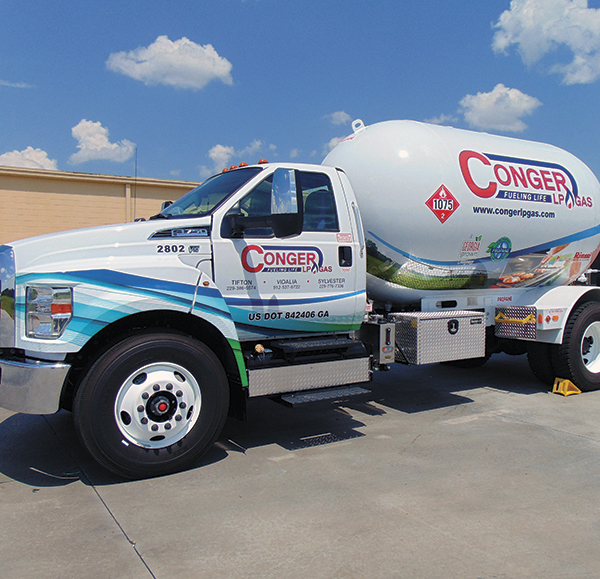 Alternative fuels seem to be a must in the work truck industry. Diesel and gasoline are harmful to the environment, while electric vehicles aren’t tough enough and also have their negative environmental impact. A popular alternative fuel that’s caught on all over the globe is propane autogas.

It sounds like a good idea … converting your engines doesn’t seem to be too difficult. But you’re still hesitant because you want hard proof that converting your fleet is actually beneficial before you spend the money doing it.

Conger LP Gas, a company in South Georgia, weighed the pros and cons of autogas conversion and found it to be more beneficial than you’d expect.

Conger LP Gas is a propane gas retail distributor that also sells and services propane gas appliances. The company has been in business for 29 years and serves 7,000 customers in 28 counties in South Georgia. There are three offices of Conger LP Gas with a total of 28 work trucks. The company currently has 13 of those trucks converted to run on propane autogas, one recently purchased, one being retrofitted as a work truck, and two more on order to be converted for a total of 17 autogas vehicles by the end of the year.

Dan Richardson, president and CEO of Conger, says the company has used propane autogas trucks in the past, yet the engine choices available with the alternative fuel just weren’t good enough. “We had problems with the rocker arms and cam shafts due to the faulty material they were made from,” Richardson says.

The company veered away from autogas and began using diesel. However, with the regeneration feature now found in diesel engines, Conger ran into a lot of problems. “We did not find the reliability that there used to be in a diesel engine,” Richardson says.

Since then, the propane autogas industry caught up with the times. Autogas conversion kits are better, and an autogas vehicle now “fits the bill,” according to Richardson. “It has the power. It has the longevity.” Now, converting every vehicle in Conger’s fleet is on the to-do list.

Conger found that converting its fleet meant more than just a reduction in the company’s environmental footprint. It also meant savings and better serviceability.

Richardson’s business once took a propane-powered school bus to school mechanics. When the mechanics looked at the engine, “the first thing out of their mouths was ‘Wow! I would much rather work on this engine than a diesel any day of the week,’” Richardson says. The mechanics felt this way simply because a propane engine is much cleaner. A mechanic who works on propane autogas vehicles will never have to worry about a diesel spill on his clothing or garage floor, causing a mechanic to slip and fall.

Propane autogas is a clean-burning fuel, releasing a much lower percentage of carbon than diesel or gasoline engines. “We’ve taken apart an engine that has over 250,000 miles on it, and it used propane the entire time. The inside of the engine was clean,” Richardson says.

Due to the clean nature of propane-powered vehicles, Conger’s autogas fleet increases the mileage between servicing each engine. Richardson drives a Ford F-150 Lariat V8, and he easily goes 8,000 miles between oil changes, he says.

Another small but impactful benefit of propane autogas is found in the use of fleet fuel cards employers distribute to their fleet drivers. Richardson says a fleet owner would be surprised at the amount of times an employee’s family vehicle receives a fill up on the company’s dime. “Using propane reduces the temptation by employees to pilfer fuel for their own personal use,” Richardson says.

Conger is part of Alliance Autogas, a nationwide group of propane marketers and service centers that banded together for a common goal of using propane as an alternative fuel. The group provides mechanic training at its headquarters in Asheville, North Carolina. Anyone can attend or get information about autogas conversion or maintenance from these three- to four-day training sessions.

Propane-powered engines are simple to service because they run on gasoline engines. There are a few extra parts installed to allow the engine to run on propane, but these changes are minimal. Therefore, training a mechanic to service these vehicles is easy enough that fleet owners can send a single mechanic to the training who can return to the shop with the needed knowledge to train the rest of the fleet’s mechanics.

Richardson’s hope for Conger LP Gas is that the company’s entire fleet will be converted to propane autogas within the next five years. Richardson sees propane-powered vehicles as an answer to a lot of the problems associated with engines in his work truck fleet.

“Propane autogas, worldwide, is the third most common fuel used to power vehicles. If worldwide there are that many vehicles being used, what are we missing here in the United States?” Richardson says. “It’s just a change in the mindset.”

Now that propane autogas has caught up with the times, converting fleets from gasoline to propane is a more viable option, just ask Dan Richardson of Conger LP Gas. 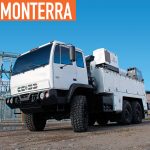 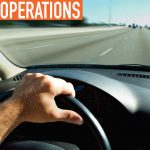