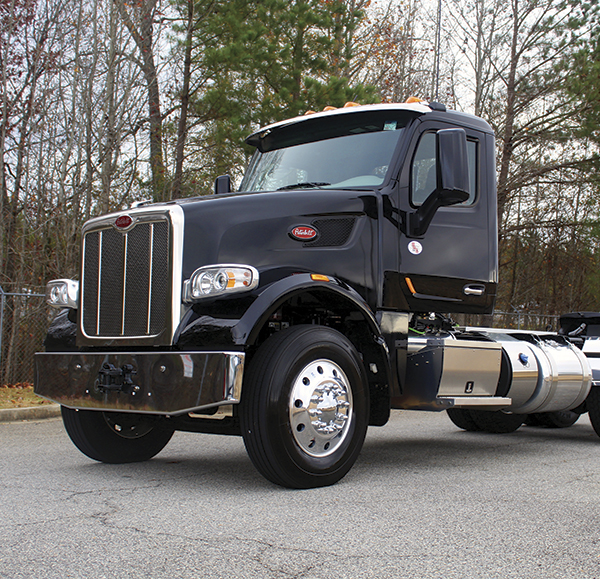 Truck pride stretches across all classes. Whether they’re a die-hard Ford lover, own a Chevrolet-only fleet, have an “Isuzu ‘til I die” mindset, or will only get behind the wheel of a Peterbilt, an owner/operator who prefers one manufacturer over others makes it known where their loyalties lie. These owners and drivers wear caps, don jackets, and drink from tumblers all carrying their favorite truck manufacturer’s logo. They might get in arguments with their buddies on which truck will outlast the others or whose truck will eventually have to be towed and which one will do the towing. These arguments might seem friendly, but there is deep sincerity within them.

Extreme truck pride doesn’t exist in every owner/operator. There are many who own and have owned several different trucks from several different manufacturers. However in my time in the industry, I’ve not met a single Peterbilt owner who doesn’t display a heavy dose of Peterbilt pride.

Maybe this pride stems from a Peterbilt’s real-time diagnostic notifications from SmartLINQ with safety features such as anti-lock brakes and advanced collision mitigation system. Or perhaps it stems from the fact that Peterbilt models can be configured for a variety of applications and desires including powertrain options specific to the application—even natural gas engines. But personally, I think the Peterbilt pride comes easily to drivers after spending any length of time in the driver’s seat. After all, the features and quality surrounding the area where a driver spends most of his or her time can make or break a driver’s loyalty to a brand. 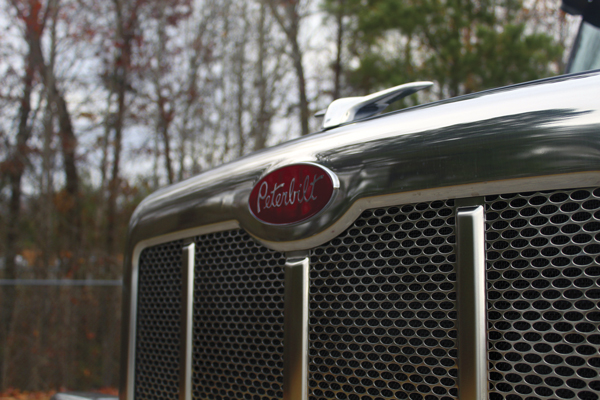 The Peterbilt Model 567 has been around for just a few years now, yet I’ve heard from folks in the industry that it’s making a name for itself at a quick and steady rate. The Model 567 is Peterbilt’s answer to most all of your vocational needs as the truck was designed for flexibility and easy configuration. I’m told its one of Peterbilt’s most versatile models, and the truck is marketed for the rigors of logging, dump, and construction.

The truck is available in set-forward or set-back front axle configurations. It’s available with single, tandem, or tridem drive axles. Owners can choose single steer, single steer power drive, and twin steer. Power your Model 567 with a PACCAR MX-11 or MX-13. There are three PTO options and a wide variety of suspensions available. Whatever your vocation calls for, with all these options, I’m sure the Model 567 will take care of your drivers and your business.

To offer you a good peek at the truck, I headed to Atlanta, Georgia, to see one for myself up close and in person. It was a cloudy day, but that didn’t take away any shine from the pristine, black 2020 Model 567 I was greeted by. This particular model was configured for logging. It featured a Cummins X15 engine and was beautiful as ever. Upon seeing the truck, that Peterbilt pride I’ve come to learn about immediately came to mind. 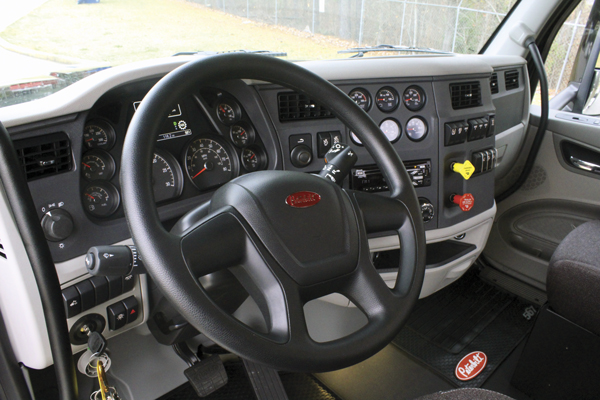 What impressed me most about the truck was its insane level of comfort that I found shortly after stepping into the cab, and that comfort level was most definitely confirmed to me after hitting the open road. Heavy-duty trucks meant to haul loads are built to drive their best when fully loaded. In most trucks I’ve driven, a heavier load almost always meant a smoother ride. Yet, the Model 567 I drove wasn’t loaded, but it rode as such—so much so, I’m curious how great it must feel to drive a loaded Model 567.

Contributing to the smooth ride was the 567’s shifting. I’ve been in plenty of trucks, but I don’t remember any of them shifting so smoothly and taking the road with as much grace as this Peterbilt. I wasn’t jolted around and praying to be in an air ride suspension seat during the times I was in the passenger’s seat. 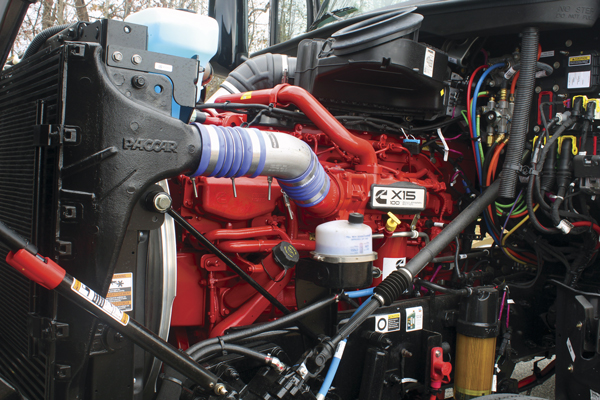 The MX-13 is a 12.9-L engine characterized with state-of-the-art innovations to improve fuel economy, performance, and reliability. Its common rail system allows the MX-13 to offer lower fuel consumption, less emissions, and less noise, but that doesn’t mean it isn’t powerful. This engine gives owners 405 to 510 hp and 1,450 to 1,850 lb-ft of torque for their heavy loads and tough jobs. As with the MX-11, the MX-13 also has a B10 rating of 1 million miles. Peterbilt designed this engine to be B10 compliant and to withstand the rigors of heavy-duty vocational applications.

For those looking for something a little different, the Model 567 is available with a natural gas engine configuration. These 9- or 12-L Cummins-Westport engines are available with up to 400 hp and 1,450 lb-ft of torque. They produce near-zero emissions and are great for jobs in areas with strict environmental standards.

I don’t like giving a review of a truck without discussing safety features, as a driver’s safety is the most important aspect of the job.

Peterbilt understands that drivers shouldn’t have to stretch for their auxiliary switches. That’s why the Model 567 features an ergonomic cab with an angled dash and an adjustable steering wheel and adjustable seating that allows drivers to keep controls within comfortable reach. Although I didn’t use auxiliary features while driving the truck, they were right where I would want them if needed, which is something all drivers will appreciate.

Driver safety is also improved through visibility with the 567’s cab-mounted mirrors and large windshield—giving the driver visibility in every direction. I was able to see a wide range of the asphalt around me, ahead of me, and behind me while taking the helm of the Model 567.

Finally, there are a few safety features I didn’t get the opportunity to experience on my test drive (and I’m thankful for it). The Peterbilt Model 567 is available with Bendix Wingman Fusion—an advanced collision mitigation and driver assistance system. With feedback from the camera, radar, brakes, and side sensors, the system detects unsafe driving conditions and enables automatic braking in dangerous situations. No driver wants to experience these safety features, but no driver will want to be without them, either.

When I learned I was going to be driving a Peterbilt Model 567 for this issue, I wasn’t necessarily thrilled. Do I enjoy being behind the wheel of any big truck? Yes. But was I expecting the 567 to blow my mind? Absolutely not.

Yet the truck’s smooth ride immediately grabbed my attention. Its versatility impressed me. And the fact that there were hundreds of sold 567s sitting on the lot waiting for pickup really excited me. The truck is made to be configured for multiple applications in the vocational trucking industry, and just spending one afternoon in a 567 helped me understand the hype behind it.

Jade Brasher is the editor of Modern WorkTruck Solutions magazine. A graduate of The University of Alabama, Jade resides in Tuscaloosa, Alabama, and enjoys writing about her town, travel, and of course, work trucks. Reach her at jade@mwsmag.com. Find out more about the Peterbilt
Model 567, visit www.peterbilt.com.