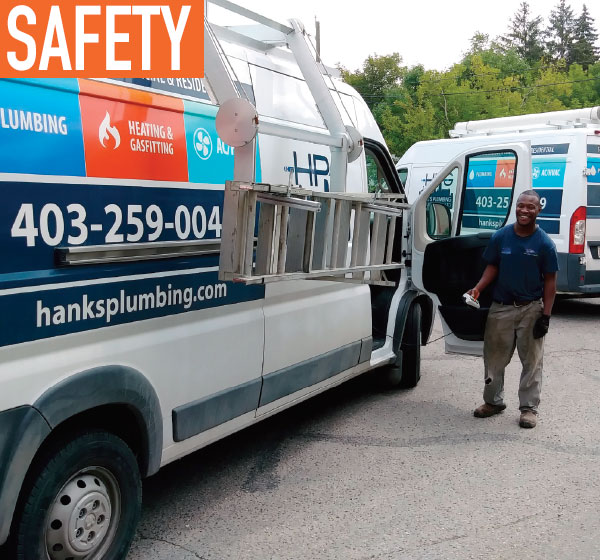 The driving force behind this evolution is in improved worker ergonomics. It is much easier to stand up in a workspace than it is to bend over. But what if peripheral vehicle technologies—also intended to improve worker ergonomics—haven’t changed at the same rate? Drop-down ladder racks were designed to improve worker ergonomics by providing superior access to ladders stored on the roof of the vehicle. As vehicles grew taller those drop-down ladder rack designs were modified to fit the taller vehicles, but the manual effort involved in operating those modified designs reached a point where the ergonomic advantages are not as evident as they were on traditional and much shorter vehicles.

Eventually evolutionary improvements reach a point of diminishing return, and a truly novel solution is required to fit the new commercial vehicle landscape. When you reach the limits of evolution, it is time for a revolution.

The RazerLift represents such a revolution in vehicle rooftop cargo management. The most revolutionary aspect of the RazerLift is the fact that it is fully powered and automated. Rooftop cargo can now be accessed with the press of a button, so there is no more use of long handles and manual activation to bring your ladder to a more accessible height.

For most users and most tall vehicles, the cargo is lowered to approximately chest height. The cargo presents to the user in a similar orientation to how it is stored on the vehicle roof; the user does not need to lift one end of the ladder up to the height of the roof and then raise the other end on to the device. The RazerLift is effective at reducing the risk of injury due to the overhead reaching necessary to operate more traditional drop-down ladder rack units—a piece of consistent feedback received from the market. As a safety device, the RazerLift represents a revolutionary step forward, especially for shorter workers.

Another revolutionary feature of the RazerLift is its ability to accommodate a much wider array of cargo than just a single ladder. With a load limit of 150 lbs and cargo agnostic bolt-to beams, the RazerLift can handle multiple ladders on a single side of the vehicle. Alternatively, it can be configured to accommodate other cargo traditionally confined to the roof of the vehicle such as conduit tube containers. With a little customization, RazerLift has even experimented with fitting its product to carry both ladders and conduit tube containers on the same unit.

One of the key advantages of the cargo agnostic nature of the RazerLift is the fact that multiple ladders can be accessed curbside. With traditional drop-down ladder racks, a user who transported two ladders on the roof of their vehicle needed a two-sided drop-down ladder rack, which meant that one of the ladders had to be accessed street-side. This frequently exposed the user to the risks associated with passing traffic. With the RazerLift, two ladders—and perhaps even three depending on the total combined weight—can be loaded and accessed curbside. Furthermore, the geometry of the RazerLift allows for the possibility of mounting a second unit on the other side of the vehicle if additional cargo capacity is required. Just keep an eye on traffic!

For multiple reasons, the flexibility of the RazerLift opens up cargo management possibilities that were previously out of reach.

The RazerLift was carefully designed and extensively tested by an ISO certified product engineering firm (Tangent Engineering) located in the ideal testing grounds of the Canadian Prairies. Using top-of-the-line engineering tools, they analyzed the design to minimize the risk of failure for all known operating conditions. From day one RazerLift knew its product needed to withstand the rigors of year-round outdoor operation in extreme climates.

The first roadworthy Alpha prototypes (mounted in 2016) were driven across much of North America including the West Coast, the South, and the East Coast during the hottest of summer months. The units have also endured multiple Canadian winters without any major issues.

Based on the results of testing and industry feedback received, the design was significantly upgraded in 2017 and early 2018. The first of the beta production units was assembled and mounted on a customer vehicle—Hank’s Plumbing in Calgary, Alberta, Canada—in March of 2018. The feedback from Hank’s Plumbing was extremely positive, both with respect to the ease of operation and the improvements to worker safety. It was configured to accommodate up to two ladders on the passenger side, and it was tested with multiple sizes and quantities of ladders.

Subsequent units (12 in total) are in the process of installation on a number of commercial vehicles for customers in Western Canada or subjected to in-house testing.

RazerLift is currently undergoing beta testing on the first production units off the assembly line at August Electronics, RazerLift contract manufacturer. RazerLift is currently taking pre-orders for December delivery. RazerLift is simultaneously solidifying its supply chain and pre-ordering long-lead items to ensure the smoothest transition possible at the time of market launch. Check out RazerLift in person at various trade shows in 2019 including NTEA’s The Work Truck Show, March 5-8.

Find out more about product details and availability, visit www.razerlift.com or call 833.RZR.LIFT. 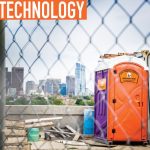