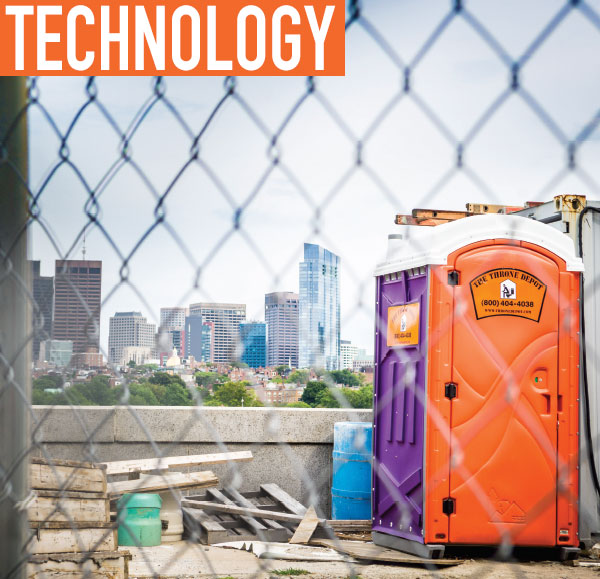 With 14 trucks, a working range of 50 miles from its base—for now, at least—and more than 2,000 toilets, it makes sense why this company is the No 1 in the No 2 business.

The Throne Depot, based just outside of Boston in Woburn, Massachusetts, has been in business going on 13 years. Thirteen years of great customer service, growth, and yes, lots of crap.

When a delivery business uses multiple trucks each day, keeping track of everything can get out of hand. Before Mike Cormier and Steve Brodeur used a telematics system, they tracked their trucks through Nextel phones given to each driver. “Sometimes they would shut (the phone) off, or the battery went dead,” Cormier says. “After we had some issues with drivers going to the wrong places, we started looking for a real GPS system.”

Since then, Cormier and Brodeur have used Fleetmatics Telematics System, now Verizon Connect Reveal, for all their tracking needs. That’s about nine years of loyalty to the telematics system from The Throne Depot. When asked if they ever considered changing systems—“We’ve looked at other ones … but when something is working, you stick with it,” Cormier says.

For The Throne Depot, Reveal stands apart from other telematics systems because of its ability to work on the company’s busy schedule. “We are not an easy customer to come out and put these units in,” Brodeur says. “Our trucks leave between 5 and 6 in the morning, and they come back between 5 and 8 at night. So it’s our service time and our schedules, and not the manufacturers. And, they will jump through the hoops and get it done for us.”

But it isn’t just great customer service that sold Reveal to the guys at The Throne Depot. Cormier appreciates some of the smaller aspects of Reveal that others might overlook. “All the little things add up to a big thing to us,” Cormier says. “It’s not just one thing that we’d say is the one thing they do good. They do a bunch of good things.”

Two of those smaller aspects Cormier and Brodeur pointed out were road replays and idle time. “We like to see where (drivers) went during the day and how long they’re idling on a jobsite, so we know if they’re staying there too long,” Cormier says. “We can also dig down and get a variety of other things that we use to help us plan our day or see where they’ve been or what they’ve done.”

The Throne Depot also appreciates Reveal’s traffic mapping, which Brodeur says they use all day long.

“In Boston, the streets are tough,” Cormier says. “So if you’ve got the traffic mapping down in Boston, you’re doing a good job.”

“I use (Reveal) on my phone from 6 o’clock in the morning to all day when I’m on the road,” Brodeur says. “The mirror from the computer to the application that’s on your phone is the exact same. I can look at the same exact thing on my computer that I can on my phone. I can see idle time, traffic. And, it’s just seamless. That’s what I like about it. It’s all in the cloud’s online application. As long as I have service, it’s ready to go.”

The guys at The Throne Depot say Reveal allows their business to run more efficiently from delivery to tracking to mapping. “The days of paper maps and driving in circles are over,” Brodeur says. Those paper maps didn’t help with toilet drop-off, either, another reason Reveal is ideal for The Throne Depot.

Reveal’s zoom feature on its maps makes delivery and drop-off much more precise for The Throne Depot’s drivers. “We do a lot of ball fields and things like that, and people are particular where they want their restrooms,” Cormier says. “So, we click on the satellite button and zoom and see where (our drivers) are sitting at the ballpark and walk them right to where they need to put a toilet.”

In the days of Nextel phones and paper maps, the guys at The Throne Depot faced frustration after frustration. An entire afternoon of productivity could be lost from drivers that didn’t follow directions to getting stuck in traffic. Reveal solves those issues for The Throne Depot.

“In a nutshell, if you took this away from us, we’d be pulling the hair out of our heads going ‘Give it back!’” Cormier says. “It just makes our business run way more efficient every day, all day long.”

For a company that prides itself in being No 1 in the No 2 business, it only makes sense that its telematics system be No 1 as well. As far as Cormier and Brodeur are concerned, Reveal is just that. 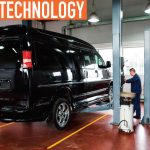 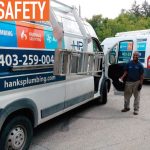