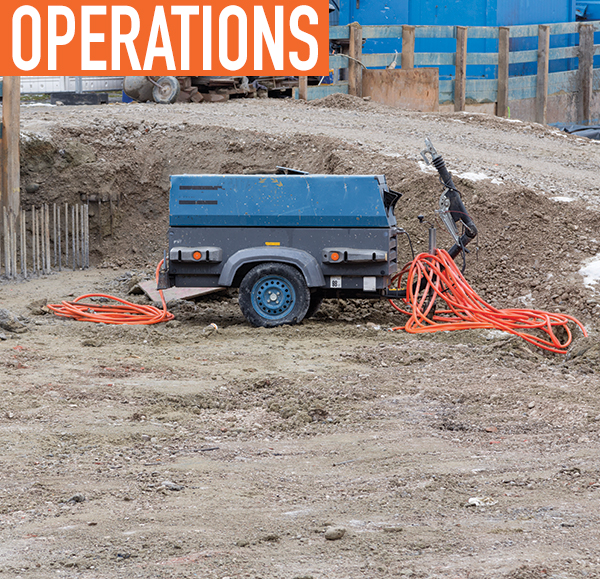 Tow-behind air compressors took the world by storm a few decades ago when they met a simple need: available compressed air wherever you want it. It was a game-changer for a lot of industries.

But once the novelty of tow-behind air compressors wore off, their limitations became apparent. Manufacturers began to look at innovative ways to solve these problems, and in the 1980s, companies invented new air compressors that revolutionized mobile air once again.

Today, workers needing compressed air have a medley of compressor options, many of which make more sense than a tow-behind. Let’s countdown the top nine reasons you may want to ditch your tow-behind air compressor:

If you have a tow-behind air compressor, chances are you’ve become a bit of a pro at dragging your trailer through busy freeways, reversing without jack knifing, and circling jobsite lots until you find a suitable parking spot. This might even seem normal to you. But there’s a better way!

When you ditch your tow-behind air compressor and switch to a vehicle mounted air compressor instead, you might feel liberated. Driving, reversing, and parking all become second nature again, and you won’t be restricted by your driving expertise or trailer’s capabilities.

Business owners have peace of mind knowing staff isn’t trying to navigate through heavy traffic with expensive equipment, park in precarious situations, or backup in environments where space is highly limited.

Dropping your tow-behind can also improve access to important jobsites, as tow-behind compressors are clunky and limit work opportunities. A lot of mobile service work is in remote or off-road areas, requiring vehicles that are able to navigate the challenging terrain. Trailers don’t tend to do well in tricky environments, requiring additional time and care to get to the worksite—if accessible at all.

7. Free up your hitch for other equipment.

Tow-behind compressors take up a seriously underrated asset on your vehicle: the tow hitch. Many workers have equipment that can only be transported by a hitch, while others simply prefer to tow a trailer with their tools. If an air compressor is taking up that spot on the hitch, you’ll need to make other compromises to get equipment where it needs to be.

In some cases, business owners send out an extra vehicle and driver just to get all the right equipment in one spot. In others, favorite pieces of equipment are left behind or require extra trips to retrieve. When an air compressor is mounted to the truck itself, the hitch is free, improving productivity.

One fantastic example of this improved productivity is with asphalt crack sealing, where cracks are blown out before they are sealed. A truck-mounted air compressor can be used to blow the dirt out of the cracks as the hitch pulls the asphalt applicator immediately behind.

6. Have an air compressor that’s always with you.

Imagine this: you’ve just arrived at your next job only to realize it needs the air compressor you left behind. You have to actively plan for every trip with your tow-behind compressor and decide whether it’s worth bringing along.

Alternative mobile air compressor systems have the compressor mounted to the truck itself, which means it goes everywhere the truck goes. If air is needed, it’s there. Gone is the frustration of needing the air compressor that’s sitting back at the shop.

You probably already know there’s more than just physical baggage with a tow-behind, and they carry the need for extra safety precautions everywhere they go. The hitch, taillights, and tires all need to be checked frequently and, if any of these parts are failing, you’re not going anywhere until they’re fixed.

In addition, tow-behind air compressors make it harder for vehicles to stop quickly and safely. A reduced speed is encouraged whenever towing a compressor, which wastes valuable time that could be spent on the job or with family. Throw in tow bar regulations, a larger blind spot, and the need to monitor the compressor itself, and you’ve got a lot of extra safety checks in your day.

And let’s not forget about robbers. Tow-behind compressors are often targeted because units can be stolen in just a few minutes. By contrast, compressors mounted directly to a vehicle are significantly harder to take, while VMAC UNDERHOOD air compressor systems are practically impossible to steal.

Many of these safety concerns are instantly eliminated when air compressors are no longer towed and upgraded to a mounted air compressor. The compressor becomes part of the truck or van, requiring fewer checks and precautions; not to mention, driving becomes safer.

Tow-behind air compressors require their own engine, in addition to the engine in the vehicle doing the towing. That means two engines need to be maintained for every tow-behind compressor. This maintenance takes up valuable time and money that could be used elsewhere.

Time is money. The faster work is finished, the more time there is to wrap up a “to do” list, take on more jobs, or just enjoy a break. Tow-behind compressors take that extra time to properly position, set up, and use.

When a tow-behind is upgraded to an UNDERHOOD, underdeck, or abovedeck mobile compressor, users are amazed at how quick and easy it is to get a job done. In some cases, the prep is as fast as flipping the “on” switch and grabbing the tool, while the job itself can be just as quick.

If you’d like more time in your day (and who wouldn’t), it might be time to give your tow-behind the boot.

Tow-behind air compressors are beasts. They’re notorious as overweight monsters, and they got that reputation for a reason. The Atlas Copco XAS 110 is a relatively small tow-behind compressor that produces 110 CFM and weighs in at 1,100 lbs. By contrast, the VMAC UNDERHOOD 150 air compressor provides similar air power and weighs about 200 lbs. Choosing a lightweight air compressor allows the ability to add more tools and equipment to your truck, carry more materials, or take advantage of better fuel economy.

One of the best reasons to ditch a tow-behind air compressor is because there are much better options out there. Tow-behinds are overweight space-hogs, while other compressor styles continually adapt to market demands with fresh innovations. For example, vehicle-mounted compressors deliver more than enough air for light- to medium-duty applications and do so in a system that’s significantly smaller, lighter, and more compact than a tow-behind.

Modern compressor technology allows the benefits of having mobile air while also freeing up cargo space, reducing gross vehicle weight, and working more efficiently. These benefits are why you’ll see onboard air compressors mounted to the vehicles of hard-working people like construction workers, military personnel, public works and utility workers, and fleet managers.

Vehicle mounted compressors are the smart choice for people who:

At the end of the day, you deserve equipment that helps you get your job done quickly, easily, and safely. Tow-behind air compressors are necessary for some types of work, but there are a lot of downsides to endure. If you have the option to upgrade to a modern mobile air solution, then it’s time to dump your tow-behind air compressor. 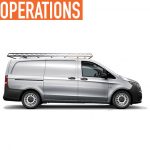 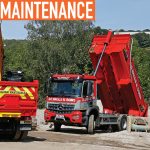