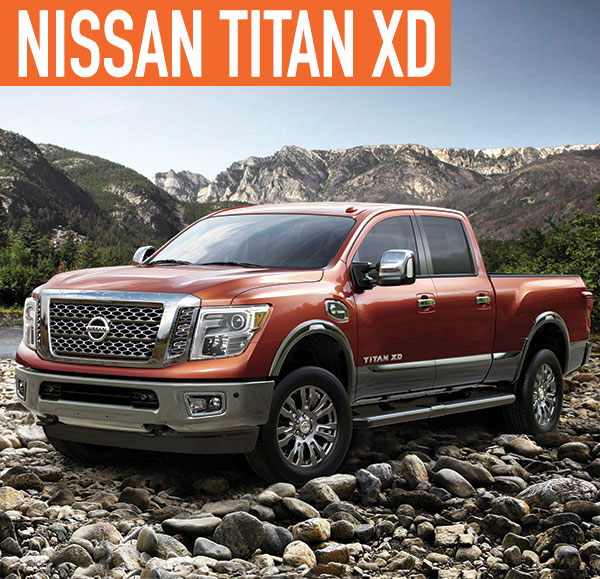 It’s no secret that Nissan’s Titan pickups have been, until recently, behind the curve in the light-duty segment of the market. During the Detroit Auto Show back in January, however, Nissan had a bigger-than-light-duty surprise with the unveiling of its revamped 2016 Titan XD. In a strategy to appeal to the potential 150,000 buyers looking for a heavier-than-light-duty, lighter-than-heavy-duty pickup, Nissan positioned the Titan XD as the top choice.
The Titan XD hasn’t just gotten a face-lift, it’s been completely gutted to introduce “The all-new Cummins 5.0L V8 Turbo Diesel, which is the heart of the next-gen Titan XD. This beast of an engine brings heavy-duty attitude and torque to ½ ton pickup territory, and does it with better fuel economy than its gasoline counterparts,” according to NissanUSA’s website.
The Titan XD boasts a payload rating in excess of 2,000 lbs with the max towing at 12,000 lbs, giving it the hauling capability of a heavy-duty pickup. “Because of this unusual engine and powertrain, it’s not a ½ ton class, it’s not a ¾ ton class. That extra towing and payload capacity is a unique position,” says Diane Allen, Nissan America’s chief designer. “It’s designed to appeal to guys who tow, haul things, who need that extra capacity, but don’t want to step up to a ¾ ton.”

Featured image: The unveiling of the 2016 Titan XD IS a bigger-than-light-duty surprise.
Above: The Titan XD can handle any curveball, making it a top choice for fleet owners and/or drivers looking for a powerful, reliable truck.

While the original Nissan Titan, which debuted in 2003, is known for its consumer-focused innovations, the next-gen started with a focus on commercial strength components—from the radiator to the rear axle and everything in between. Titan XD models utilize a unique frame and chassis to handle its expanded towing and payload potential. It features an extended 151.6-inch wheelbase—about 20 inches longer than non-XD models. Nissan gave Titan XD’s suspension a heavy-duty makeover, explaining on its website that, “To improve handling and ride comfort, we designed a new heavy-duty suspension for the pickup. The double wishbone front suspension was reinforced and tuned; the back end got a lot more rigid thanks to bigger leaf springs and overhauled leaf bushings.”
Hydraulic cab-mounts help reduce shudder to isolate occupants from the advanced chassis, while all-weather/all-terrain traction tires support 17-, 18-, or 20-inch aluminum-alloy wheels. Braking is provided by a 4-wheel disc system with rear ventilated discs and hydraulic power assist. The radiator’s heat radiation cooling capacity has been increased more than 25 percent (versus the previous Titan) to help enhance performance.

The spacious cab of the 2016 Nissan Titan XD is designed for ease-of-use, ergonomics, and all-around driver comfort.

The Titan XD’s Cummins M2 two-stage turbo system helps reduce traditional turbo-lag through precision balancing between high- and low-pressure turbos. Its Bosch HPCR fuel system delivers precise fuel control and multiple injections per combustion stroke, helping increase efficiency and reduce engine noise.
Another key advantage of the new Cummins diesel design is the weight, which was reduced by building the cylinder block out of compacted graphite iron, a stronger and lighter option than traditional iron. The Cummins engine provides about 45 percent more torque at cruising speed than similar-size gasoline V8 engines. The Cummins diesel is expected to provide a projected 20 percent better fuel economy than a gasoline-powered V8 while towing full loads. Helping handle the power and torque of the engine is a heavy-duty, 6-speed Aisin automatic transmission, developed and tuned exclusively for the Titan XD.

Among the list of available towing aids on the Titan XD are an integrated trailer brake controller, trailer sway control, tow/haul mode with downhill speed control, and a trailer light check system that allows for one-person hook-up operation. It is also snow plow-capable.
Assisting trailer hook-ups is the available rearview monitor with trailer guides, while the Around View Monitor provides a “bird’s eye” view of the surrounding area from front, rear, and side cameras to help with parking and pulling in and out of tight spaces. The system also includes motion detection, which helps the driver to detect moving objects when reversing. The Titan XD has a range of available hitches—including an integrated gooseneck hitch engineered into the frame and easily accessible in the bed.

The Titan XD’s storage capacity has increased front storage by 33 percent and rear storage by 28 percent over the previous generation Titan. The center console is designed to hold a tablet with case or a 15-inch laptop. All switches—now grouped by function type and location—are based on frequency of use.
Other interior design features include seven assist grips, 12-volt and 120-volt power outlets (in addition to the bed), and remote start with climate control function. The near-zero gravity seats in the Titan XD come in bench or bucket and help maximize posture positioning for enhanced comfort during long-distance driving. 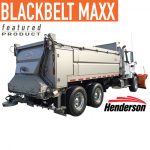 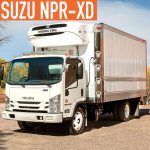