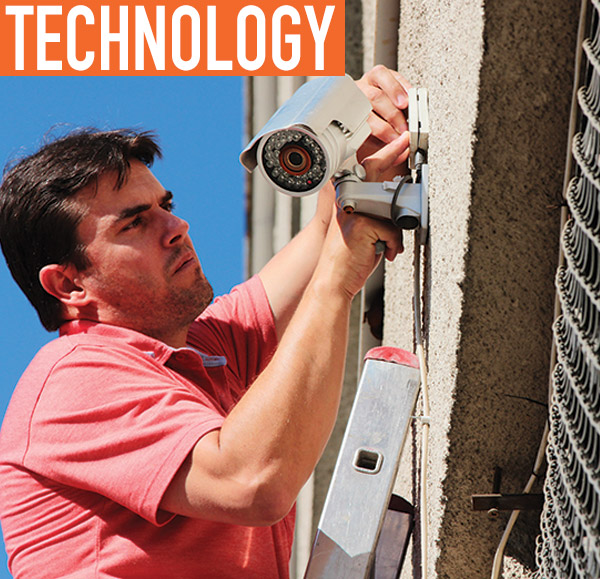 When a leading global automotive parts manufacturer was faced with a failing internet protocol (IP) video surveillance system, the company reached out to Oklahoma-based Digi Security Systems to supply a new one. Beginning with high-quality video products and networking for the company’s plant in Oklahoma, the system has been extended to 35 of its nearly 60 locations around the world.
The high-quality video surveillance solution is helping the company to increase productivity and operational efficiency, improve workplace safety, and minimize workers’ compensation claims. The system increases coverage while costing significantly less than other competitor options, giving the company a rapid return on investment (ROI). What’s more, the flexible system can support future expansion and includes a unified plan for replacing aging technology as necessary.

This customer is a Tier 1 automotive parts manufacturer, supplying parts to major automotive global manufacturers, including Mercedes, Ford, Chrysler, General Motors, Nissan, and Volkswagen.
The privately owned company operates in 55 manufacturing facilities and nine product development and engineering facilities throughout Canada, the United States, Mexico, Argentina, Brazil, and Spain. The company relies on electronic security systems, including video cameras and analytical software, to protect its products and investments.
As the company grew and electronic security technology improved, they moved from black-and-white analog cameras recording to VCRs to more sophisticated systems. However, for many years the manufacturer’s divisions operated completely separate electronic security systems, with no unified standard. Individual divisions made unilateral decisions about their security tools, and the company sought a plan to update its electronic security technology as it aged and became obsolete.
In 2010, the Oklahoma manufacturing plant location decided it was time to replace its existing analog system with an IP system. It selected a US-based video security vendor to install the IP system, the first at any of this customer’s locations. However, due to improper networking, the system performed poorly.
After about a year, the Oklahoma plant security team opted to replace the system with a new IP-based electronic surveillance system.
After making the decision to replace its system, the company’s Oklahoma plant team reached out to Digi Security Systems.

The Oklahoma-based company designs, installs, and supports video surveillance, electronic access control, intrusion detection, burglar, and fire solutions. Digi experts visited the Oklahoma plant to discuss their needs as part of a collaborative partnership to help them realize their security objectives.
“Right away, we could tell that Digi Security Systems was selling something that just about no one else in the industry was,” recalls the customer’s director of global security.
“Whereas everyone else was video security companies with little networking background who began to sell IP systems, Digi is an IT and networking company that became security monitoring experts.” He believes the difference in approach is why Digi can deliver systems that are far more functional than other companies.
Digi began working with the team in Oklahoma to establish a strong network infrastructure for the electronic security solution. According to the security director, Digi helped this customer’s internal IT team build the network infrastructure backbone at the same time as they installed the new camera systems. Using this approach meant the systems function far better than they had imagined possible, while requiring minimal effort on the part of its IT teams. This was a critical issue for the company’s security director, because it meant his IT team could focus on other critical tasks.
The system Digi introduced to this customer includes Avigilon technology. At that time Avigilon was just breaking into the electronic security market, but it has since become a major and well-respected player in the video surveillance market. With the help of the Digi team, this manufacturer began to use the Avigilon Control Center software to manage its electronic security system.
The company’s security director said that he found the Avigilon camera technology to be excellent, but he got even greater value from Digi’s expert guidance on using the Control Center software.
“The software makes it easier than any other program our security officers have tested to search through video, magnify small areas, and generally manage the entire security system,” he says. “What’s more, by integrating so many of our geographically dispersed divisions into the same electronic security control software, we save time and costs on training, configuration, and system troubleshooting.”

This customer is quick to highlight a few key examples of how the surveillance system they installed improves their production, adds to their efficiency, and also helps with worker safety. The vandal-resistant cameras are typically about twice the size of a softball, though some are golf ball-size.
For example, tight production windows mean the plants risk a fine for every minute a product is not out the door by a specific time. Using cameras, they can show the product met the specified time frame.
Another example is dome cameras that have recently been installed inside another US plant’s plastic injection molding machine. The cameras now allow employees to literally see operational efficiency; when molds open, there can be production issues if the mold pops out the wrong way, is folded, or goes awry in any way. In the past, workers could not spot a problem until after the molding process. With the new system, they can see what the problems are as they occur and fix them faster.
Cameras are now also mounted on overhead cranes that are used to move the actual molds and dies. The cameras are used to see and document how quickly dies can be changed; the quicker the change out, the quicker they can go to work making more parts. This cycle time documentation used to be done by individual workers, taking their time away from more productive tasks. The cameras now offer a bird’s eye view, allowing easy documentation of the time the dies are moved and another placed into position. Since the dies can weigh thousands of pounds, these cameras are also useful for determining the cause of any safety incidents that may arise.
Ensuring that the proper labels are placed on boxes is another area in which cameras are being used. In addition, cameras have been placed within some robotic paint lines to monitor the entire painting process without the risk of environmental health or safety danger to an employee. Footage can be used to review processes if necessary.
Improving plant safety is also a key benefit of the new systems. Aside from acting as a general deterrent to unsafe acts, the camera network allows operators to see how a fire or accident occurred so they can prevent similar issues. It can also be used in the documentation of any possible workers’ compensation claims, which has the potential to save the company a significant amount of money.
According to the company’s security director, the more he shares with other facilities within the company about the varied uses for the cameras, the more they are intrigued as to how the applications might work at their own plants. He explains that many divisions formerly had standalone production camera systems that were not tied into any other systems. With the Digi systems, users can tie into existing camera systems, so they can look and play back information anywhere throughout the system.

Since starting with the Oklahoma plant, this customer has now installed and expanded this solution to dozens of facilities throughout the United States and Canada. Digi also provides remote support, pricing evaluation, equipment, remote installation, and setup services for facilities worldwide, including facilities in Mexico, China, Spain, and South America. “Digi is always finding solutions to keep the price down, including tying in any existing analog cameras that are in good working order with the new system,” says the company’s security director. “They have consistently provided us simplified, excellent-quality solutions at an excellent price.”
He notes that he also appreciates Digi’s ability to perform installations in a manner that does not disrupt operations. “When they do an installation, you can walk around and you will not see anything out of place, and everything is extremely clean. For Digi, it’s all about doing the best work that they can possibly do, and as quickly as they can reasonably do it.”
Each of the Digi systems has had an ROI of a couple of years or less, especially when considering the reduction of workers’ compensation claim fraud and theft. “Not only are we getting the best solution, those solutions are quite literally paying for themselves.”

The customer collaborated with Digi Security Systems at the beginning of the project to plan for the attrition of existing security products, such as cameras and networking technology. They also determined what new products were needed and which old products could continue to be used.
The proactive planning helps this manufacturer make the most of every investment they have made into their electronic security solutions. For example, older analog cameras are used for surveillance in areas where high-resolution digital cameras are not necessary. They will be replaced over time as they age.
In addition, Digi Security Systems provides the customer with support throughout the design, installation, and use of their electronic security systems at all divisions.
“We have been able to contact the Digi 24/7 support hotline whenever we have encountered an issue or had a question, and they’ve always responded to us within minutes or just a few hours,” the manufacturer’s security director says. “We rarely even have to contact them anymore, though, because our team has been so well-trained by the Digi experts that we can often troubleshoot for ourselves.” 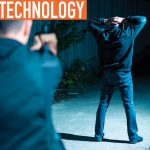 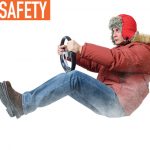