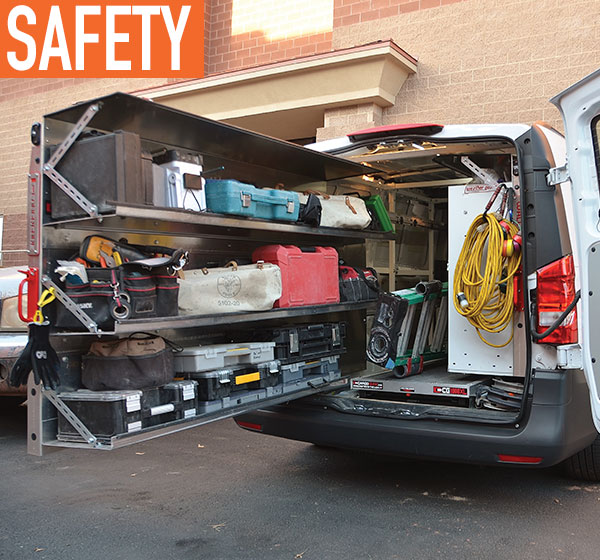 OSHA-approved jobsites require stairs for steps that are above 19 inches and handrails for stairs that are more than two steps. This is ultimately for the workers’ safety, preventing leaps and jumps from jobsite ledges that could prove dangerous—especially if the worker is carrying heavy materials and equipment.

Now picture a construction crew rolling up to an OSHA-approved jobsite in a Ford Super Duty. The crew is told to grab materials and equipment from the bed of a truck that is 35 to 40 inches off the ground. The workers climb in and out of the truck bed, load themselves down with materials and tools, and then proceed to jump off the tailgate. This scenario, which happens often, just turned an OSHA-approved jobsite into a disaster waiting to happen.

There are codes and regulations in place at the jobsite to keep employees safe, but when it comes to their vehicle there’s no safety code. How does that make sense? The answer: It doesn’t.

To combat this, one company is steadily changing the game.

CargoGlide, a company that manufactures truck and van cargo solutions, started on an idea to revolutionize the jobsite—the idea that people shouldn’t climb into vehicles. The company is best known for its flagship product that allows the bed of trucks to slide out, preventing a worker from climbing, bending over, or reaching into the bed of the truck to grab materials, risking an injury. CargoGlide’s sliding floors have since become available in vans, service trucks, Jeeps, and SUVs.

The brand recently introduced the WallSlide, a way to further optimize the space in cargo vans and trucks with toppers and to increase worker safety. With WallSlide, three tiers of shelving are placed on sealed roller bearings. This allows the shelving to roll out of the back or side doors of vans, preventing a worker from ever having to stand inside the van again.

“We’re doing stuff that isn’t supposed to happen,” Hobie Smith, CargoGlide’s director of marketing and sales, says. “Shelving isn’t supposed to come out of vans.” But the word from those who are using the WallSlide out in the field don’t seem to mind the not-so-conventional functions of the product.

“(Users) are finding it not only safer, but they save an hour a day because of a number of different reasons,” Smith says. “The guys that work the vans are fresher because they’re not climbing in and out of vans.” And those who chose to employ CargoGlide’s ceiling solution “have a canopy overhead where they’re in the shade or out of the rain,” he says. But benefits go beyond that.

There’s always that one employee who isn’t as organized as others. They throw equipment anywhere inside the van, lose a tool and find it three weeks later after it was already replaced, or end up breaking a tool or damaging materials through ill-handling practices.

With the WallSlide, that isn’t the case. Because the WallSlide is constructed of moving parts, workers are forced to put tools and equipment on a shelf in an organized manor. With all those moving parts, workers are unable to blindly throw in their tools and equipment. Organized equipment allows workers to see all the equipment they have on hand all at once, eliminating last-minute trips to the hardware store or multiple trips in one day because you assumed you had a tool that has since seemed to be misplaced. Employees are much more efficient with their tools in a WallSlide-equipped van, making them more productive on the jobsite.

But this revolutionary solution isn’t complicated. “Is the van different?” Smith asks. “No. Is the shelving different? No. They’re using the exact same bins and containers, all we did was make it slide out to the user.”

Yes, this product allows for better inventory control, but its main benefit is safety.

When an employee is reaching for tools and materials out of a truck bed or the inside of a van, their body could experience a number of uncomfortable and harmful positions. When a worker pulls or lifts heavy loads to chest height, they risk hurting their back. When they reach for items resting against the cab, they are often crawling on their knees. Trucks and 4×4-equipped cargo vans are often high off the ground, requiring a worker to step off a huge ledge or up and down from the cargo area to the ground. Standing on a tire with muddy boots to grab items out of a truck bed is also quite dangerous.

You’ve likely seen all of these scenarios on a jobsite. These situations put stress on a worker’s back, knees, joints, and could result in a pulled muscle or worse. But CargoGlide and WallSlide eliminate all of those dangers because the equipment and materials come to the worker, the worker doesn’t have to fetch them from the cargo area.

CargoGlide products are virtually maintenance free. There are no plastic parts, and the cam follower bearings keep dust and dirt from preventing a smooth roll. And if the upfit is going in a vehicle that works in cold climates, CargoGlide uses subzero-approved grease to lubricate its slides.

Every piece of CargoGlide equipment is warrantied, and the WallSlide is designed to be very modular, so “if one piece needs to be replaced for whatever reason, you can always replace one part of it without replacing the whole thing,” Smith explains.

The modular design of CargoGlide products offers another advantage: customization. Engineers designed CargoGlide pieces to be easily installed and broken down to add or swap options for multiple configurations, offering the best fit for any business. “That’s how modular our systems are,” Smith says. “They’re kind of like Legos.”

Using CargoGlide and WallSlide creates a safer work environment because products, materials, equipment, and supplies come to the worker, not the other way around. It’s more efficient because workers must put tools and equipment in their designated areas, and because of that fact alone, work is more productive. Not to mention, an organized cargo area often allows for more space.

“I can put in about two to three times more tools and materials than I could before,” electrical contractor and WallSlide user Steve Myers says. “Actually I use this to pitch business to homeowners. I’ll actually tell them, ‘If my van is this organized, what type of job am I going to do at your place?’ And it sells it. It doesn’t get any better than that.”

CargoGlide also incorporates other industry titans in the upfit business. WallSlide is available with A.R.E. truck toppers and uses cargo solutions and shelving from Ranger Design and Kargo Master, although owners can choose their own accessories.

Hobie Smith believes that what started as an idea to revolutionize the industry will soon become the norm. In the future, no companies will allow their employees to jump in and out of vans and truck beds, and CargoGlide is set to be the ultimate one-stop solution for this industry-wide safety hazard. 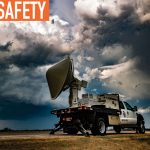 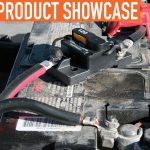