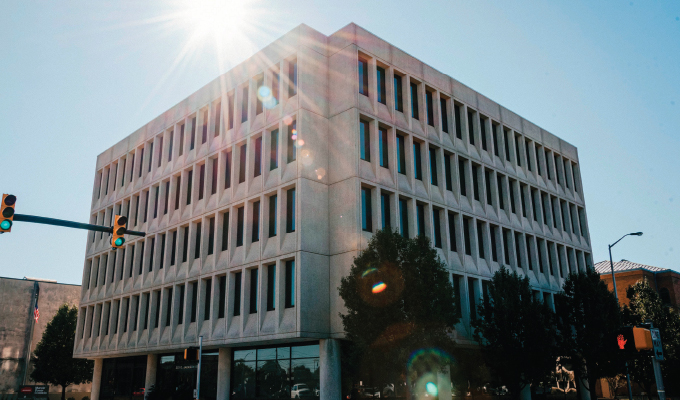 The end of the Great Depression probably doesn’t sound like the best time to start a new business, right? But that’s exactly what Louis Conne did in July 1935. He founded Muncie Parts Manufacturing Company, which later became the Muncie Power Products, Inc. you know today, in Muncie, Indiana.

Muncie Parts Manufacturing Company began in a single office space (less than 500 sq ft) with a desk, chair, telephone, and marketing and inventory catalogs—and one other employee, Hamer Shafer. Ironically, the company did not manufacture anything—it did assemble a few parts—but it really served as a distributor of new and recycled automotive replacement parts.

The automotive parts business was rapidly growing because of the economic situation. New vehicle sales were stagnant in the 1930s, meaning those that owned cars were driving them longer and needed replacement parts. Additionally, General Motors, Ford, and Chrysler Corporation had locations in Muncie or in nearby Anderson, Indiana, meaning it was easy to access inventory supplies.

In addition to offering automotive parts, Muncie Parts Manufacturing began to get into the niche market of power take-offs (PTOs) and mechanical winches. PTOs are a type of device that use a power source, such as an engine via its transmission, to perform a variety of mechanical tasks. One thing that made Muncie Parts Manufacturing’s PTO models stand out was because the shifter control could be operated inside the cab. 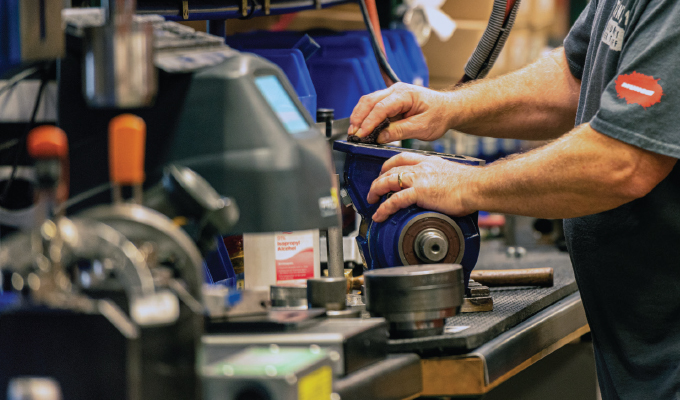 Shafer, the first employee, was a 19-year-old recent graduate of Muncie Central High School and became Conne’s right-hand man in 1935. Together, the two mailed out flyers and letters to potential customers and would go out on the road to various states to promote and market to other distributors.

Later, when Shafer took on a larger role in the company’s operation after the passing of Conne, Muncie Parts Manufacturing shifted its primary product emphasis to PTOs. Shafer saw the opportunity in the development of the work truck. This is because after World War II, trucks became bigger because people wanted to haul more in less trips, and the increased attention on building infrastructure meant trucks had more work to do.

Shafer bought into the company when he entered into a joint partnership with Conne’s daughter in 1952, which would become incorporated again eight years later. In 1965, Shafer purchased the remaining stock and became the company’s president.

Through the late 1960s and into the mid-1970s, Muncie Parts Manufacturing expanded its products with a patent of the polyethylene hydraulic oil reservoir and offered the dump pump. It wasn’t until October 1979 when the company officially changed its name to Muncie Power Products to better represent its role in the truck and mobile equipment industry.

MORE THAN A DISTRIBUTOR

In 1982, with Shafer leading the company as president, the decision to develop a revolutionary PTO design with Tulsa Winch, a division of Sperry Vickers, guided Muncie Power to become a manufacturer rather than only a distributor. After purchasing the PTO manufacturing equipment and facilities in Tulsa, Oklahoma, in November 1986, Muncie Power officially became a manufacturer. Since then, Muncie Power has offered a wide breadth of products that can be used on various applications.

Muncie Power eventually went on to join Interpump Group S.p.A. in 1999, becoming part of a multinational operation. Today, Interpump Group is a leader in PTOs and high pressure piston pumps. Even with the growth of the company and the transfer of ownership to the Interpump Group, Muncie Power continues with the same mission: “…to provide quality products and services that will satisfy the needs and expectations of our customers.”

To maintain that mission, Muncie Power also created a Product and Application School to not only help give employees a better knowledge of the product offerings, but also to distributors throughout the country. The school’s goal was to better assist distributors in getting exactly what they needed.

This commitment to the customer is what made Muncie Power successful through the years. Today, Muncie Power continues to focus on a people-first philosophy where the company is committed to developing and motivating its employees to grow professionally while promoting a positive work environment. Its continued investment in people allows for the highest quality of customer service and innovative product development within the work truck industry.

This year, Muncie Power will begin breaking ground on a new manufacturing and distribution facility in Tulsa, Oklahoma. This new facility will allow for expanded manufacturing capacity, additional machinery, and continued product innovation. 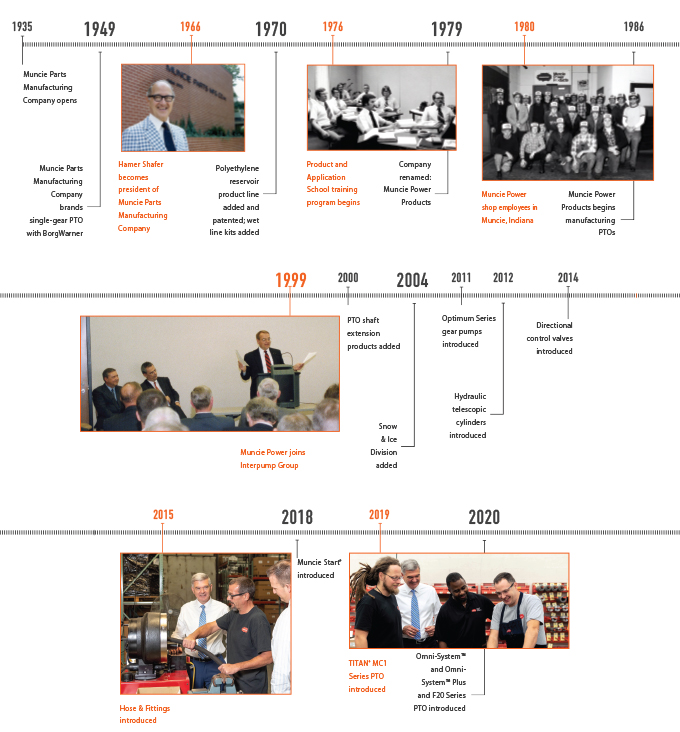