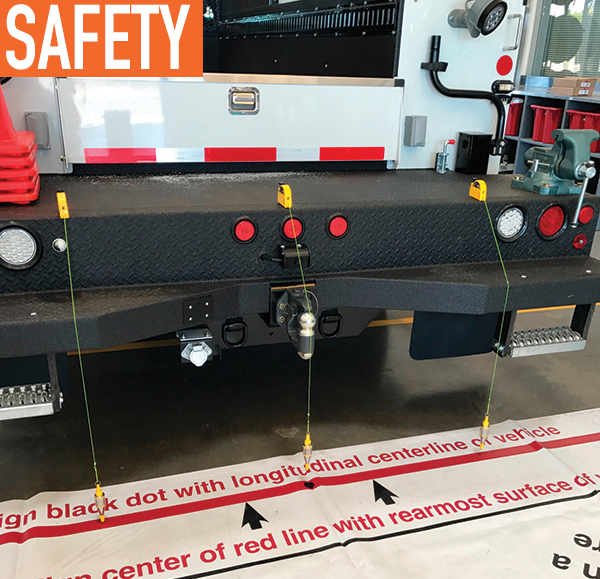 Gary Lentsch, fleet manager for the Eugene Water and Electric Board (EWEB) in Oregon, knew that changes were coming to the rules governing vehicle backup cameras. NHTSA’s final rule on Federal Motor Vehicle Safety Standard for Rear Visibility (FMVSS 111) doesn’t require camera providers to certify that their products meet the new specifications. Instead, it is up to the entity installing the cameras on the vehicles to demonstrate compliance. Even though most of his fleet would be exempt from the new rules, Lentsch wanted to get ahead of the curve. He and the EWEB staff used the NTEA’s FMVSS111 Field of View Conformity Kit to make sure the backup cameras they already installed met the specs—only to discover that they did not. EWEB is now fitting and, in some cases, retrofitting its vehicles with PRECO’s Mini Cams to comply with federal regulations and make fleet operations safer.

EWEB has a total fleet of about 350 vehicles. The fleet includes passenger cars, light-weight pickups, bucket trucks, cranes, dump trucks, backhoes, and motor graders—a typical utility fleet. As EWEB fleet supervisor, Lentsch’s job is to acquire, retire, and otherwise manage the fleet. “I wear a lot of hats,” he says. “I’m responsible for the shop floor, for hiring and recruiting, the maintenance programs, and just about every aspect of fleet operations.”

In early 2017, Lentsch learned that National Highway Traffic Safety Administration amendments to its rule for backup cameras would take effect in May 2018. The final rule on the FMVSS 111 specifies, among other performance requirements, that for all vehicles with a GVWR of 10,000 lbs or less, a 10-by-20-ft area directly behind the vehicle must be visible to the operator when the vehicle is placed into reverse. Although many of the vehicles in his fleet exceeded that weight, Lentsch still wanted to make sure EWEB could meet that new standard.

One thing he quickly learned was that OEMs who build light-weight vehicles must use cameras that conform to FMVSS 111. Aftermarket companies, on the other hand, do not have to certify that the cameras they support would conform to the same rules. In other words, it is not up to suppliers to certify that their products meet the standard. That responsibility falls to the user—organizations such as EWEB.

In order for fleets on the aftermarket level to meet the new guidelines, there is some work to be done to not only understand the guidelines but also to find the appropriate camera and monitor combination that will meet the new FMVSS 111 guidelines. Because the ruling applies to new vehicles and any altered vehicle, fleet managers must remain vigilant and ready to install an approved backup camera system. “The reality could be as simple as taking a tailgate off of a three-quarter ton pickup (under 10,000 GVWR) and replacing it with a lift gate,” says Lentsch. “The vehicle came from the manufacture with a camera in the tailgate, now we need to find a way to reuse it or install an aftermarket camera and perhaps a monitor. This is the part that the fleets need to know—how to adjust the camera, or if it can even be adjusted, to meet the new guidelines.”

The Eugene Water and Electric Board found that it needed a wide-view camera, at least 170 degrees, to capture all the marked cylinders in its grid.

To test the cameras they installed on fleet equipment, Lentsch and his team set up a 10-by-20-ft grid and used seven cylinders (see A through G in illustration above) placed along the perimeter to serve as targets for the test. The objective was for the operator to be able to see all five of the mid and rear cylinders (A, B, C, D, and E) and a 6-by-6-inch portion of each of the two front cylinders (F and G).

“We had been using two different brands of cameras on our vehicles,” Lentsch recalls. “Once we ran the test, we were surprised to learn that neither of them had a wide enough range of view to pass the test. So we started looking into the cameras used on OEM vehicles because we knew those vehicles had to meet the new standards. We discovered that the cameras the manufacturers used had little bubbles on them that expanded the field of view, so we started looking for a camera like that.”

Lentsch says he also had to find a camera that conformed to FMVSS 111 standards regarding response time—how quickly the camera came on and presented the cab monitor with a view behind the vehicle once it was put into reverse.

“About that time,” Lentsch says, “I went to a truck show and found all these companies saying, ‘Use our camera and be compliant with the new federal standard.’ Our calculations from the tests we ran showed that a backup camera’s view range needed to be at least 170 degrees to meet the new standards. These other cameras had ranges between 130 and 150 degrees—not enough to provide the required close-up view behind the vehicle. We did our research and found that PRECO’s PreView Mini Cam could go all the way up to 180 degrees—and met the response time criteria as well.”

With the realization that most cameras showed too limited a view, a little light went off.

“We’d been having just as many incidents even after we started installing backup cameras,” Lentsch says. “After we ran these tests, we realized those incidents were happening because of the cameras we had installed had this narrower view range. That meant you could put a truck into reverse and, even though you were staring into your monitor the whole time, back up right into something directly behind you.”

That realization prompted Lentsch to look back at previous EWEB incident reports. When he did, he noticed that operators always blamed the camera. He says that probably not all those incidents were the camera’s fault, but he also remembers thinking to himself, “If our backup cameras had a wider view, maybe we could prevent more incidents.”

“Being a fleet professional, we all have real jobs,” Lentsch says. “However, the one thing that I’ve learned from other fleet professionals throughout the country, we all want to help one another. For myself, we share what we found at fleet manager meetings and with our peers at conferences such as NAFA’s I&E and Government Fleet’s GFX. We’re trying to educate other organizations like ours, and we want them to know they have more than one choice. But the thing is, the standard has changed, and it takes a better camera to be able to perform under the standard. The old cameras just don’t cut it anymore. They were perfectly good in their day—and much better than what came before—in terms of presenting a better view behind a vehicle. But the rules and the technology are changing all the time. We need to stay ahead of the curve and help other cities do the same.”

“Most of our equipment is technically exempt because the regulation pertains to vehicles 10,000 lbs and under, and most of our equipment is above that. We’re just trying to do our due diligence, upgrade the EWEB fleet to provide that better backup view, and share what we learn to make the whole industry safer.”

Going forward, Lentsch says he has to be realistic, making sure all new vehicles comply and upgrading existing vehicles to the new cameras—but doing it as fast as a busy crew schedule and existing budgets allow.

Gary Lentsch is a fleet supervisor at Eugene Water and Electric in Eugene, Oregon. Find out more about PRECO’s Mini Cams, visit www.preco.com. 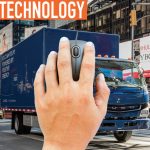 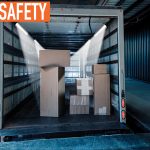