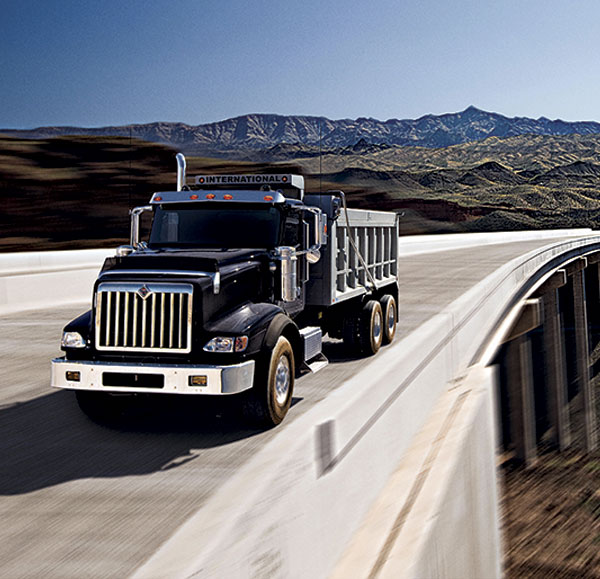 Ernie Lyons came by his love of International® trucks quite honestly: He was born into them. His father founded Harold Lyons & Sons—a Cold Spring, New York-based excavating and hauling company that has been using International dump trucks since 1964, when Harold purchased his first R200. His sons loved the work from the time they were able to reach the pedals. The two boys would ride their bikes to one of their father’s jobsites—a gravel bank—where Ernie would drive the truck while Nate would run the loader. By the time Nate turned 16, he’d earned enough money to put a down payment on a new Corvette.

Featured Image: PayStar’s ride and comfort have improved significantly since 1964.
Above: PayStar is ideaL for construction, excavation, and hauling.

FOR THE LOVE OF TRUCKS

For more than 40 years since, the Lyons brothers have been making a living on the backs of their fleet of Internationals, which today comprises five PayStars® (four 5600s and a new 5900). The partnership between the Lyons family and their trucks actually predates the business. Harold was one of seven boys—all truck drivers—and his father was a truck driver, too. While Nate has always preferred the heavy equipment of jobsites, Ernie fell hard for the trucks. He’s also become a collector. When he saw pictures of his grandfather’s 1938 D-Model, he began to search for one and ultimately happened upon a 1930 B-Model, which he bought and restored.

Later, Ernie found a 1940 D-Model—still in the hands of its original owner, a New Jersey coal hauler, who drove it from 1940 to 1987—and added it to the collection, refurbishing it right down to the lettering. “You know it’s old by the phone number,” Ernie says. “It has only two digits.”

According to Ernie Lyons, they don’t make trucks like they used to—they make them better.

RELIABLE THROUGH THE BEST AND WORST

Ernie was in the process of restoring the 1940 D-Model when his father got sick. Knowing there was little time, Ernie fixed it up just enough so that his father could take his brother for a ride around the block. “They were all smiles,” Ernie says. When his uncle died earlier this year, Ernie modified the dump body so that it could hold a coffin. He drove the casket containing his uncle to the funeral “in a truck dressed up just like his father’s.” It served as the perfect tribute.

Ernie drives six days a week (his lifetime total is more than two million miles and counting). Even on Sundays, he’s often making up the schedule or doing paperwork. When he took the only two-week vacation of his life—to Hawaii—he was still “up at 3 am, dispatching trucks by phone.” But, sometimes in the afternoons, he’ll get out one of his classics. “I’ll put a couple of people in the dump body and go for a drive on the back roads,” he says. The experience is exhilarating, Ernie explains, and it gives him newfound respect for the work his father and grandfather did: “I can’t imagine how they drove these in the mountains.
“When somebody says they don’t make trucks like they used to, you’re darn right they don’t,” Ernie adds. “They make them better.” 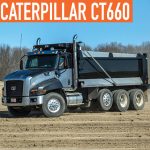 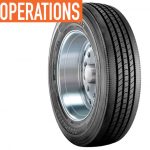