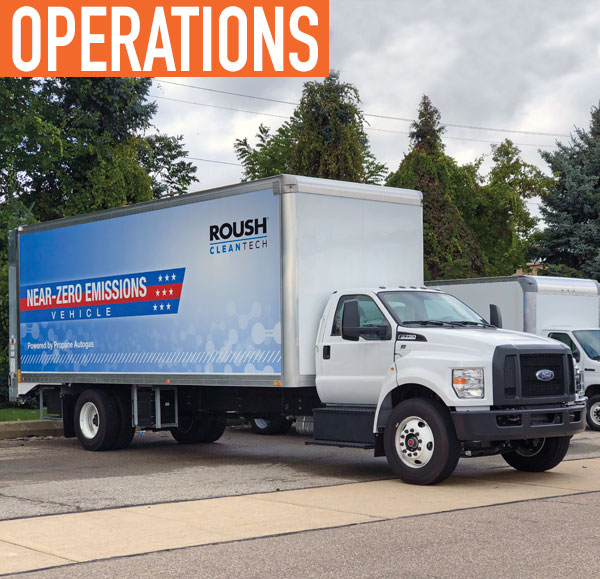 Propane autogas engines have hit an all-time low. But as opposed to the stock market, that’s a good thing. Recently, new technology has enabled propane engines to reach near-zero emissions. Here’s the latest in low-NOx engines and how they can work for your company.

All engines of any fuel type must be certified to the Environmental Protection Agency’s standard to control vehicle emissions. Over the years, the EPA has set tougher emissions standards on nitrogen oxides, known as NOx. According to a recent study, diesel-fueled medium- and heavy-duty vehicles are the number one source of NOx emissions in almost every single metropolitan region in the US. Approximately 55 percent of man-made NOx emissions comes from motor vehicles.

Since 2010, EPA’s NOx engine standard has been 0.20 grams per brake horsepower-hour. The California Air Resources Board (CARB) established optional low-NOx standards to encourage heavy-duty engine manufacturers to reduce levels below the mandatory EPA standard. Manufacturers may choose to certify engines to the California Optional Low NOx Standards of 0.10, 0.05, or 0.02g.

Then, in 2018, a Ford 6.8-L V10 3V engine equipped with a ROUSH CleanTech propane fuel system was certified to 0.02g—making it 90 percent cleaner than the current EPA’s most stringent heavy-duty engine standard.

At the ultra-low 0.02 NOx level, it takes 10 propane autogas vehicles to emit as much NOx as one clean-diesel vehicle.

Renewable propane is a non-fossil fuel that is produced from 100 percent renewable raw materials such as waste, residue, and sustainably produced vegetable oils. There is growing interest in renewable propane (also known as biopropane) due to its near-zero emission levels, reduced greenhouse gases, and ability to help meet growing demand for cleaner products.

Many companies in the US and around the globe are developing renewable propane technology with some production in commercial volume as a byproduct of renewable diesel plants.

Vehicle emissions can be divided into two general categories: air pollutants, which contribute to smog, acid rain, and haze; and greenhouse gases such as carbon dioxide and methane.

Nitrogen oxides are a group of gases known as a primary contributor to air quality issues. NOx emissions are regulated under federal air quality standards because they are known to be harmful to human health and to the environment, contributing to regional ozone attainment challenges, smog, and other air-quality issues.

According to the EPA, operating vehicles with ultra-low emission engines can make significant improvements to regional air quality and reduce a wide variety of human health impacts. Both EPA and the World Health Organization state that exposure to NOx can trigger health problems such as asthma and other respiratory issues.

Propane autogas vehicles all run on nontoxic, noncarcinogenic, colorless, and clean-burning propane, which is an approved alternative fuel under the Clean Air Act. In contrast, as little as one gallon of spilled gasoline can quickly contaminate groundwater above drinking water health advisory levels.

With modern propane autogas systems, the propane remains in a liquid state until it gets to the engine. This has alleviated cold start issues associated with vapor technology propane systems of the past. A propane fuel system provides unaided cold weather starts to -40 degrees Fahrenheit, which reduces time and labor costs needed on frigid days.

New propane autogas-fueled vehicles will have the necessary hardened valves and valve seats installed directly from the factory. This valve configuration accommodates propane’s different lubricity (compared to gasoline and diesel) and keeps valves and valve seats from receding. They should also come with the original equipment manufacturer warranty intact.

At the ultra-low 0.02 NOx level, it takes 10 propane autogas vehicles to emit as much NOx as one clean-diesel vehicle.

Engines powered by propane autogas require less oil per oil change than diesel (7 quarts vs 17 to 30 quarts) and no additional fluids or hardware. Propane vehicles eliminate the need for particulate trap systems, EGR systems, and turbochargers and intercoolers. Filter packages cost about 60 percent less on propane vehicles than diesel vehicles. The fuel itself is domestically produced and abundant, averaging half the cost of diesel.

And, propane autogas engines are noticeably quieter. Vehicles fueled by propane reduce noise levels by about half compared to a diesel engine. While diesel engines are commonly associated with producing noticeable engine noise, propane engines allow drivers to better hear and communicate with the passengers onboard and focus on the road ahead.

There are many reasons that propane is the third most common engine fuel in the world, powering more than 27 million cars, trucks, and buses on a daily basis. But the two main drivers are economic and environmental—lowering a fleet’s carbon footprint and reducing bottom line costs.

Todd Mouw is president of ROUSH CleanTech, a leader of alternative fuel vehicle technology. Mouw has more than two decades of experience in the automotive and high-tech industries. As former president of the NTEA Green Truck Association, Mouw helped set standards in the green trucking industry. Find out more, visit www.roushcleantech.com. 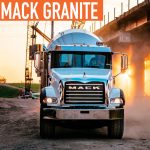 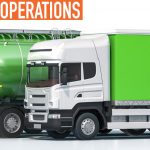