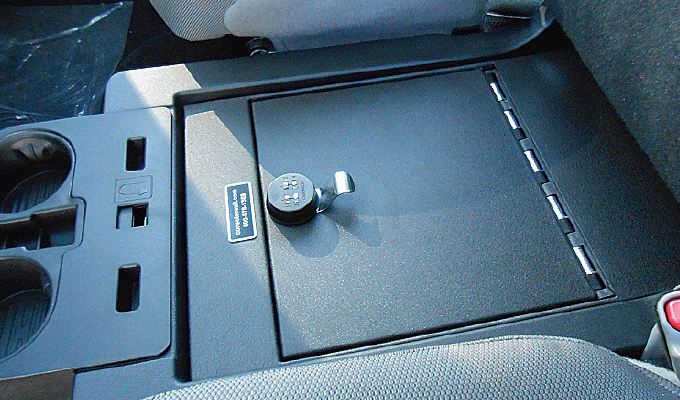 What you carry in your truck or work van depends on your line of work and your position of employment. Do you carry tools? Paperwork? Perhaps you even carry a firearm or confidential client information. No matter your cargo, it’s important to keep it secure. Unfortunately, with many work truck operators, locking vehicle doors is often their only line of defense.

In 2001, Scott Bonvissuto was trekking the halls of SEMA when he bumped into an old acquaintance. The acquaintance wanted to show Bonvissuto his new invention, capable of securing important cargo within the center console of almost any pickup or SUV. Bonvissuto, a businessman within the automotive industry since 1986, knew he could take the invention and make it a true game-changer. Thus, the partnership began. 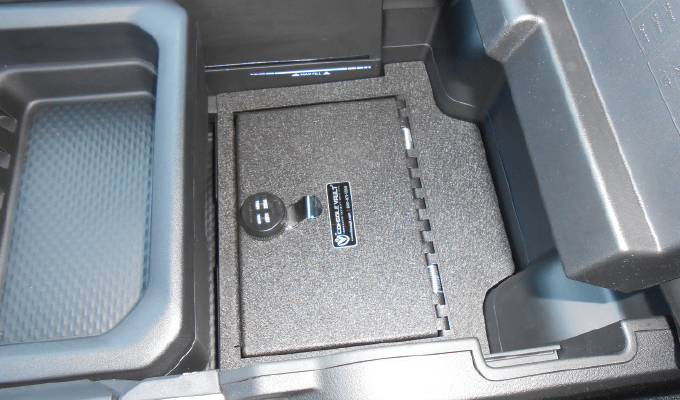 Bonvissuto says when Console Vault first began, it was the only company to offer high-security safes that easily installed inside a center console.

“When we started this back in the early 2,000s, we were the only game in town,” Scott says. “You fast-forward to today, companies have recognized the traction we’ve made and obviously the merits of the products itself.”

But ISO and IATF certification isn’t the only thing that separates Console Vault vehicle safes from competitors. Console Vault builds its safes using robust, 12-gauge cold rolled steel. Owners can choose a combination lock system, with three or four digits, or a barrel key. Console Vault is also developing a biometric and an electronic lock for its safes in the future, targeting a launch early in 2022. Finally, Console Vault safes are relatively easy to install. Bonvissuto told me anyone with a screwdriver and a little bit of time can install a Console Vault safe.

In 2009, again at SEMA, Ford employees took notice of Console Vault’s display and stopped by to learn more about the console safes. Three years after that initial meeting and after countless conversations with Ford, Console Vault became a dealer channel supplier for the major OEM. Console Vault’s business grew from there. With new opportunities coming from Ford, Console Vault added new applications. Further, this past year, Ford brought Console Vault on to its license accessory product program, allowing Console Vault to sell products with the Ford logo on them. 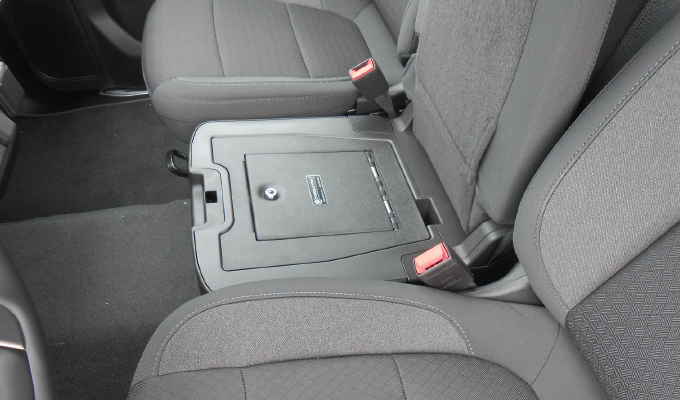 For those of you who carry important paperwork, devices, tools, or even firearms in your work truck, a Console Vault safe could offer peace of mind. Don’t let vehicle door locks be your only line of defense when it comes to valuable items left in the truck while you’re making house calls, visiting a jobsite, or leaving your truck parked at the worksite overnight.