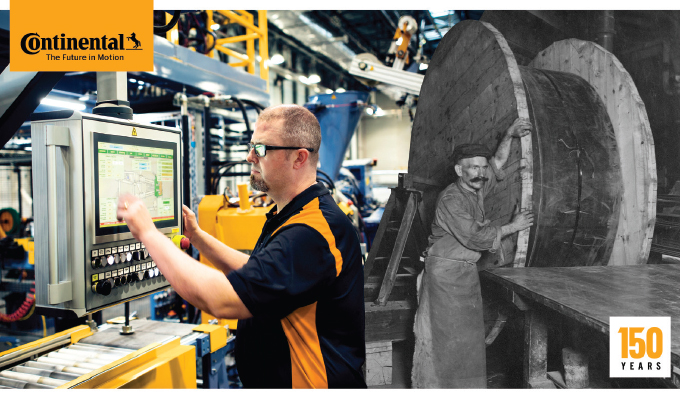 This year Continental celebrates its 150th anniversary. The company was founded in Hannover, Germany, in 1871, and over the next 15 decades, Continental transformed from a manufacturer of tires and rubber products to an international technology company. Today, three out of every four vehicles on the road worldwide are equipped with the company’s tires or automotive technologies. 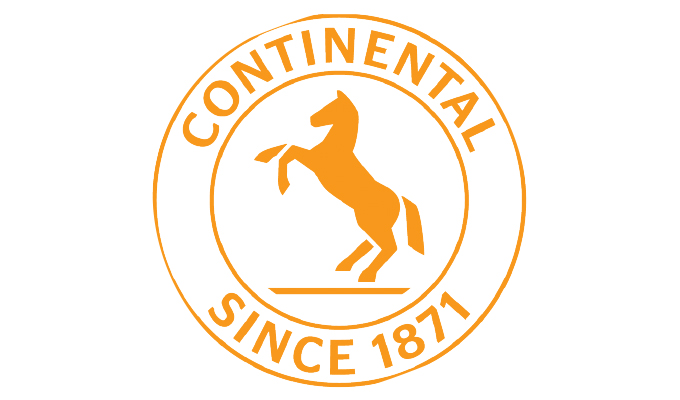 The company began by manufacturing horse “hoof buffers” along with solid tires for carriages and bicycles. In 1904, Continental was the first to develop automobile tires with a patterned tread and invented the detachable rim four years later. In 1921, Continental produced its first commercial truck tires and became the first German company to produce tires reinforced with pliable cords rather than linen fabric. Six years later, it launched the very first pneumatic tractor tire in Europe.

The innovation continued. In 1955, Continental was the first company to develop air springs for trucks and buses and the first German company to manufacture tubeless car tires. By the 1960s, Continental employed 26,800 people. It revolutionized the solid tire segment—used on heavy-duty industrial applications—with its ContiSuperElastic tires.

By 1988, Continental employed 45,900 people around the world. It acquired Uniroyal and Semperit in Europe and General Tire in the United States. Within the next 10 years, the company added sites in Central and South America, Africa, and Eastern Europe. After a 10-year hiatus, Continental re-entered the OTR construction and mining tires segment in 2015, and shortly thereafter restarted production of radial agricultural tires. In 2019, Continental was one of the two most recognized brands in US Consumer Reports’ top tire picks.

Continental adopted the “rampant horse” as its logo around 1875. One story claims it began with a local veterinarian named Hartmann who invented “hoof buffers” made from soft rubber, designed to prevent horses from slipping on icy surfaces. He held the patent while Continental produced and distributed them. But the broader significance of the horse stems from the company’s roots in Hanover, Germany; the thoroughbred racing horse of the same name is a traditional symbol in the region. The rampant horse is one of the most familiar trademarks in the automotive industry. The horse has evolved over the years but remains an iconic symbol of the Continental brand.

A 150-year-old brand will undoubtedly spread its wings across multiple industries, and Continental is no exception. Continental has a storied history in racing when its pneumatic tires were used on the first Daimler Mercedes, which won the 1901 Nice-Salon-Nice race. Later, all three podium winners at the 1914 French Grand Prix were fitted with Continental tires.

In 1951, Continental repeated its successes on the racetrack. Race cars fitted with Continental tires won the 1952 Carrera Panamericana and the French, British, Dutch, and Italian Grand Prix. Then in 2003, Continental unveiled the ContiSportContact 2 Vmax, the world’s first road tire approved for speeds of up to 224 miles per hour. Later, Continental was officially recognized by Guinness World Records for selling the fastest road-legal tires in the world. Continental is also involved in bicycle racing and athletic shoe production.

In its 150 years, Continental has had plenty of time for innovation. In 1968, the first electronically controlled driverless car took to the track at Continental’s Contidrom. More than 400 news outlets reported on the event. The car was used to test the performance of Continental’s tires.

Today, Continental has a global fleet of automated and autonomous driving test vehicles. They collect data covering more than 9,000 miles per day. The resulting data corresponds to around 50,000 hours of driving footage. A supercomputer evaluates these test drives and creates virtual worlds in which further real test drives can be simulated. 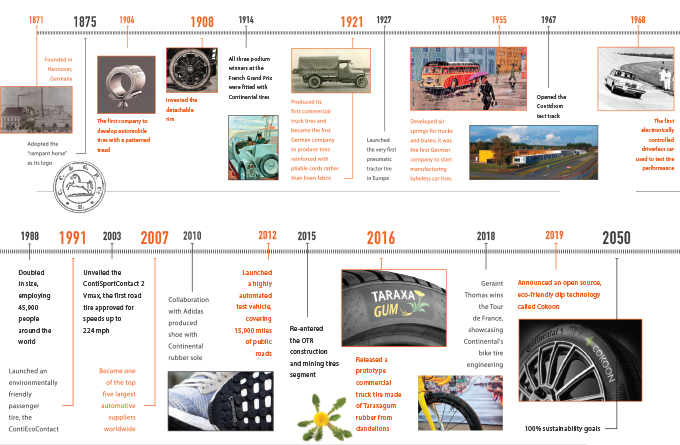 One can rarely discuss the future without the word “sustainability.” Seen as a popular topic of conversation today, Continental has had a sustainable mindset for decades. Continental was the first manufacturer to launch an environmentally friendly passenger tire, the ContiEcoContact, in 1991. Continental was also the first to release a prototype commercial truck tire made of alternative natural rubber in 2016, using its Taraxagum rubber from dandelions.

Continental also contributes to the sustainability of the manufacturing industry. In March 2019, the company announced a technology called Cokoon that bonds textiles and rubber without the use of resorcinol and formaldehyde. The series production of the first of 250,000 passenger car tires featuring Cokoon began in 2019.

By 2050, the company aims to reach: 100% carbon neutrality along its entire value chain; 100% emission-free mobility and industries; 100% circular economy with closed resource and product cycles; and 100% responsible sourcing and business partnerships.