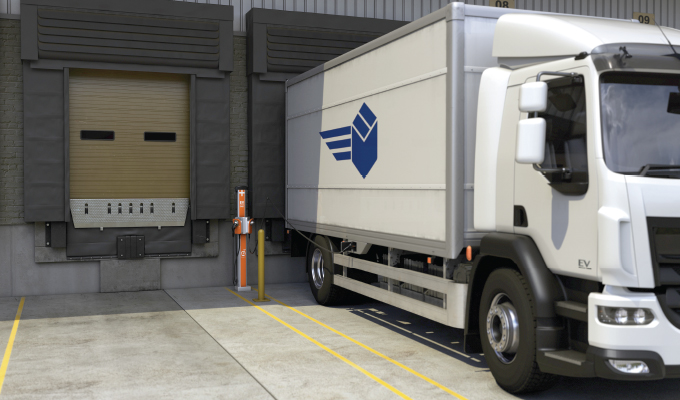 Conventional wisdom says low oil prices will slow the transition to electric mobility (e-mobility), but the facts on the ground suggest otherwise. The Washington Examiner reported that analysts don’t see the long-term trend toward electrification receding in the rearview mirror anytime soon. In fact, the Green Car Congress reports there are signs the global pandemic may actually result in more momentum for electric vehicles (EVs) going forward. There’s another signal that fossil fuels may be on their way out: electric fleet pilots are accelerating.

Worldwide, fleets were already making substantial investments in electrification before the global public health crisis began. In Europe, climate mandates made fossil fuels a losing proposition. Bloomberg reports that 24 European cities with a combined population of 62 million people plan to eliminate all diesel vehicles from city centers by 2030, including 13 that will ban all transportation powered by internal combustion engines (ICE). In North America, fleet electrification happens for more pragmatic reasons. Energy.gov found electric vehicles less expensive to fuel and maintain than their traditional counterparts. And federal, state, and local incentives for EVs and charging infrastructure can make the transition to electric even more attractive.

As demand for cleaner modes of transportation increase, fleet managers continue to be concerned about a lack of availability of electric vehicle models for fleets. With the need for electric options growing exponentially—especially for medium- and heavy-duty EVs—vehicle manufacturers must continue to ramp development and production to meet the growing demand. As that happens, expect to see a lot more electric trucks, vans, and buses in the coming years.

According to the BloombergNEF (BNEF) Electric Vehicle Outlook 2020 report, the electric fleet share will reach 47% by 2040, including 24% of all light commercial vehicles. Increasing demand, exacerbated during the pandemic, coupled with the rapid shift in consumer expectations for more on-demand delivery options will keep electrification top of mind and result in increased investment in the category. It is therefore unlikely commercial fleets will rush back to gas anytime soon.

In its quest to become carbon neutral by 2040, online retailer Amazon placed an order for 100,000 electric delivery vans from startup Rivian in September 2019. To date, it’s the single biggest order of its kind. The first vehicles are expected to hit the road next year, with all of the remaining vans to be deployed by 2030. Amazon is not alone. UPS recently announced it will add 10,000 battery electric trucks to its fleet for a pilot that is set to begin later this year. If the four-year pilot goes well, the delivery giant says it will purchase another 10,000 vehicles. FedEx already has 2,500 EVs in its global fleet, and shipper DHL plans to introduce its own electric van this year as well.

For years fleet managers have cited a lack of available electric models as an obstacle to electrification. But that will change. Ford plans to release an electric version of its popular F-150 as early as 2021, while General Motors has committed $3 billion to its electric truck program. Lordstown Motors will come out with its electric pickup truck, Endurance, in 2021. Zero-emission big rigs from Tesla, Freightliner, Peterbilt, Volvo, and Mack are set to debut early this decade too. In Europe, availability of electric delivery vans has grown with the announcement of Ford’s electric transit van and the Rivian van in 2021; and we have already seen fleets transition to the electric Mercedes van.

A lot of these launches fill the gaps as true electrified medium- and heavy-duty fleets go through testing periods before coming online in the next one to two years. The proliferation of low- or zero-emission zones in the coming decade suggests electric trucks have a bright future, especially in cities. Early adopters may even benefit from preferential access rights in some places, due to electric trucks’ lack of noise and air pollution.

A new Polaris Market Research report suggests that the global electric vehicle charging infrastructure market alone will be worth $56.9 billion by 2026. New roaming partnerships and integrations create even more access to charging across a wide range of networks in both North America and Europe, while removing friction. That combined with the increasing proliferation of fast chargers on highways, better EV technology, more efficient batteries, and falling costs further enable the widespread adoption of EVs for fleets. In particular, the increased availability of EV charging in city centers, rural communities, and along highways supports delivery fleet fueling needs as consumers rely more on home deliveries during the current crisis and beyond.

There’s one more reason fleets will continue to electrify: air quality. National Oceanic and Atmospheric Administration (NOAA) researchers report massive drops in both nitrous oxide (25-30%) and carbon dioxide (15-20%) emissions in the Northeast US during periods of lockdown due to the coronavirus pandemic. A recent UK survey finds that “the radical improvement on air pollution” has convinced 45% of respondents to consider an EV for their next vehicle purchase. In fact, they’re not just considering EVs, they’re buying them. While registrations for diesel and gas vehicles have plummeted in the UK, registrations for battery electric vehicles (BEVs) were up more than 160% YoY as of April, according to the UK’s Society of Motor Manufacturers and Traders.

Prior to the current crisis, governments already made commitments to green fleets, and there’s no reason to believe that will change. We have all experienced a world with fewer fossil fuels. Now as people return to work and travel, as passengers use public transit again, and as drivers make all those last-mile deliveries, there will be a call to create a more sustainable future. We now know the world must change. It appears a lot of people have already decided what they want that future to look like. And fleets, perhaps more than any other industry, know how to deliver.

Michael Hughes is the chief commercial and revenue officer of ChargePoint. He leads global sales, mobility ecosystem relationships, and business development functions. Prior to joining ChargePoint, he spent nine years at Barracuda Networks, serving as senior vice president of worldwide sales and services and scaling the company to $500 million in revenue and an initial public offering. He was previously vice president of sales for Asempra Technologies and a sales and business development leader at McDATA Corporation, Invio Software, and Marimba. Michael advises technology and venture capital firms.