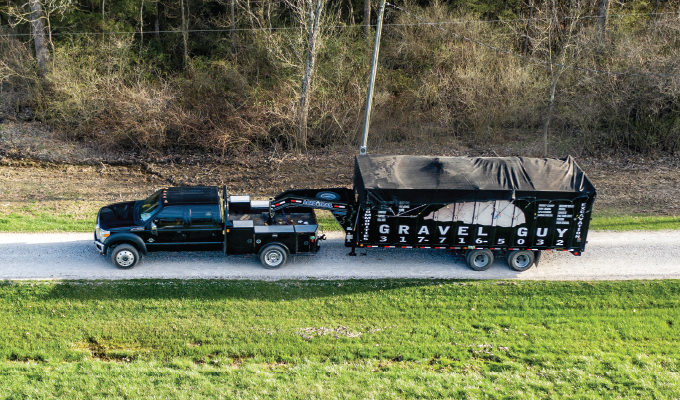 His name is Tom Loudermilk. He’s a single dad from Indiana. He owns a fleet of ten trucks and four trailers located in Indianapolis. He proudly runs a family owned business; it’s just Tom and his son Tyler. He calls himself ‘Gravel Guy Indy.’

Tom has operated Gravel Guy for just over four years. When asked how he got started, he said:

“It was really by accident, you know. I wanted to buy a skid-steer loader to use around the farm and started shopping for a used one. But after looking around I realized that buying a new one was a better option.

“When I filled in a credit app to buy a new machine, I soon learned they wanted 50% down. Turns out I needed to come up with $28,000. I had some money saved, but not nearly that much. Where was I going to find that kind of money?

“I had recently traded an old pickup for a Dodge dump truck and decided to put it to work. So, I placed an ad on Facebook to haul and spread gravel. Well, the response was more than I expected. I couldn’t answer the phone fast enough!

“I drove a semi seven days a week, 365 days a year. Working full-time hours meant I would haul gravel whenever I could fit it in.

“Long story short, I saved enough money to buy the machine but had to rebuild my trailer so I could tow it home. After hauling my new machine around for a few weeks, the trailer broke in half! More money…

“Almost one year later working full time and hauling gravel part time, a neighbor kid asked if I would hire him. I really needed someone to share the work load, so I taught him the ropes, and before long he became my first employee.

“Soon after he started working for me, we were getting referrals. But nobody knew my name. People would call and ask for the ‘gravel guy.’ After that, the name kind of stuck.”

Tom’s customers are both residential and commercial. He runs his company without a website, still using Facebook as a platform for business promotion.

As a single dad, Tom takes his 3-year-old son, Tyler, with him every day.

“While I was still driving a semi full time and hauling gravel in my spare time, my son Tyler was born. His mother told me that if I kept working long hours, he was going to grow up without me. Her words hit home. I realized I was working too much and not spending enough time with him.

“A few short months later, I discovered I needed shoulder surgery. As I began to connect the dots, I realized I had a big decision to make. Ready or not, I decided to give my employer two week’s notice. Why? Because I was going to make Gravel Guy my full-time occupation and raise my son on my own. In fact, ever since his first birthday, Tyler has ridden in the truck with me every day as my partner in Gravel Guy, excavation, and more.

“My son is the best thing that has ever happened to me. Being able to wake up with him and take him to work is the greatest feeling in the world.” 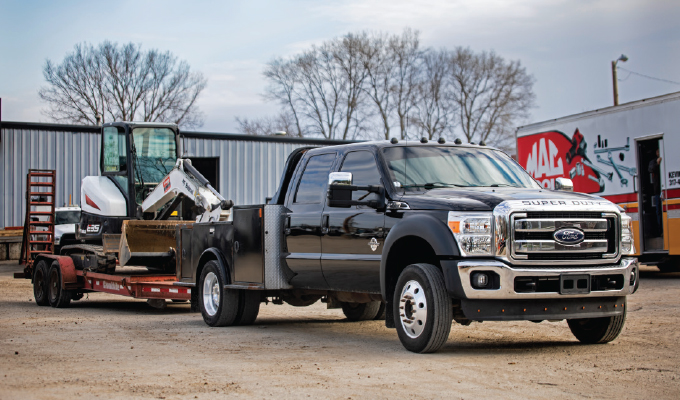 For Tom Loudermilk, running his own business hasn’t always been a walk in the park. Studies show almost 50% of new business ventures don’t make it past the five-year mark.

Not wanting to become another statistic, Tom learned that growing a business requires a mixture of courage, grit, and faith.

“There was a time—not that long ago—when I began to worry I would have to close the doors of my business. Over the winter I had invested $150,000 trying to grow the business by building storage facilities for another delivery product.

“I found myself down to my last $600 in my business account, and we weren’t getting any orders. This was the first time we’d experienced something like this. I feared the worst but hoped for the best. During those dark days, I recall—it was Wednesday at noon—that miraculously the phone started ringing, and it hasn’t stopped since. Call it luck or call it fate, I think the Lord was looking out for us.” 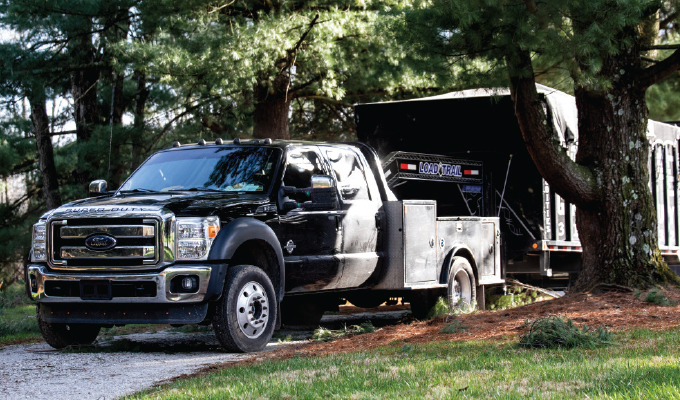 Gravel Guy offers excavation work, runs a delivery service, and plows snow in the winter. Right now, Tom has four employees and one 3-year-old partner. A typical 1-ton dump truck hauls up to 5 tons of material. As you can imagine, he was beating his trucks into the ground.

Tom has always overworked his trucks and trailers. So when he found out there was a simple and effective way to protect his truck’s suspension, a helper spring made of rubber, he decided to try it out.

“I was at Indianapolis Spring buying a gooseneck kit for my truck. While I was there I noticed a display for Timbren SES suspension helpers. I read the brochure and decided to give them a try. After installing a set of rubber springs on my 2000 Ford F-350, I was amazed at how well they performed. That was over 10 years ago.

“I do have some large trailers and overload every one of them every day. None of them have any suspension work or added parts. In fact, Timbren SES is the only helper spring I have ever used on any of my truck suspensions. As we continue to grow, Timbren will be there with us the whole way.”

Look for the link to a Gravel Guy informational video in the digital edition. Find out more about Timbren SES suspensions, visit www.timbren.com.