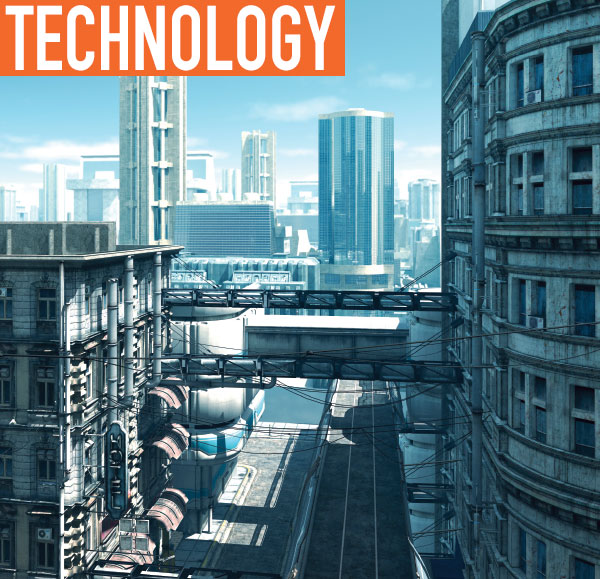 Our roads are in poor condition, overcrowded, chronically underfunded, and increasingly dangerous. In fact, the American Society of Civil Engineers (ASCE) gives the US grades of C+ for bridges, D for roads, and D- for transit. If you drive a commercial vehicle for a living, those grades probably don’t surprise you.

However, technological advancements could provide the next great infrastructure project that could solve our problems and set us up for the future. Below are some major updates to road travel on the horizon. These updates could completely change how you navigate and operate a commercial vehicle.

Vehicle technology developed so much over the years, while roads have largely remained the same. In the future that trend will end, as streets and roads become an integrated part of a digital network. Eventually, vehicles will wirelessly connect not only to each other, but also to the smart-roads they drive on and traffic lights on their route, sending and receiving information that monitors road and vehicle conditions, streamlines traffic flow, and even directs self-driving cars and trucks. You’ll no longer have to wait at a red light when there are no other vehicles in sight because your truck and the smart-road were communicating to keep the light green. And you won’t have to experience a pot-hole interrupting a smooth ride because the smart-road will send a repair notification to the state DOT as soon as it senses a problem.

We may also construct roadways that create energy in the near future. Although solar panel roads proved impractical so far, a new avenue currently in pursuit is “piezoelectricity,” an electrical charge generated when certain materials are under pressure. If piezoelectric materials are incorporated into roads, the pressure created by vehicles would be converted into electricity that could power street lights, charge batteries, or feed directly into the electrical grid. Early research has been promising, and road-generated energy could soon be a huge benefit to both taxpayers and clean energy advocates.

Although highways successfully connect our large nation, they also create barriers in cities and towns, take up valuable space, and can be industrial eyesores. Since flying cars still exist only on the TV screen, the next best solution may be to move traffic underground. Seattle recently explored the concept, replacing an earthquake-damaged freeway with a double-decker tunnel stretching two miles under the city’s downtown area. Constructed by teams that followed a massive boring machine, the multilevel tunnel frees up space above ground that was previously occupied by the elevated freeway. The tunnel is also actually safer in the event of another quake because instead of dangerously swaying above the ground as did the freeway, tunnels move with the soil.

Newly-built tunnels can also serve as emergency safety infrastructure. In Kuala Lumpur, Malaysia, the Stormwater Management And Road Tunnel (SMART) is a multilevel highway tunnel that also serves as a diversion structure that redirects flood-water away from the city during emergencies. With climate change contributing to rising sea levels, as well as more frequent and stronger hurricanes, constructing multipurpose tunnels may be a proactive measure to take here in the United States.

The tubes that make up rapid-transit loops are technically tunnels, but they are dramatically different from traditional tunnels that they deserve a separate discussion. Currently in the testing phase, the general idea of loops is that you would enter the loop via vehicle elevators incorporated into traditional roads. As you descend, your car is positioned onto a sled-like platform called a “skate,” which travels at speeds up to 150 mph, pushing you through the tube and allowing you to skip all the congested traffic above. There is also the possibility for public transit skates, which would securely hold multiple passengers instead of a vehicle.

Hyperloops, on the other hand, are on a different level of futuristic transportation. Using a vacuum-based system that sucks all the air out of a tube (eliminating wind resistance), specialty-designed pods rocket through hyperloop tunnels at speeds that could reach not just hundreds, but thousands of miles per hour. The hyperloops would employ pods that hold a car or a group of passengers. Loops and hyperloops would revolutionize ground transportation, but would require a massive construction effort with hundreds of thousands of workers and heavy equipment to create the necessary infrastructure.

From delivery drones to high-speed rail, there’s so much more to talk about when discussing advanced transportation technology. But the future of road travel is also bright, with many soon-to-be-built innovations that will dramatically stimulate both the construction and transportation industries. Can you imagine how different the trucking industry will be in the future?

The content from this article was compiled by Commercial Truck Trader. Find out more, visit www.commericaltrucktrader.com. 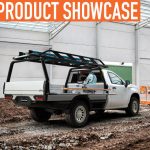