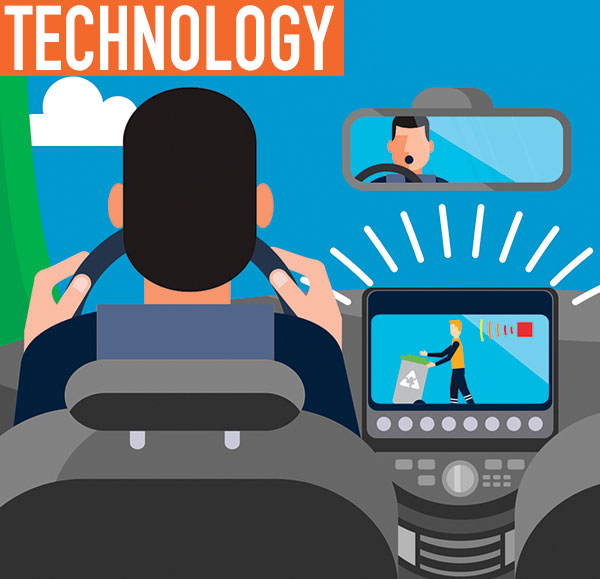 By May 2018, all new vehicles with a GVWR of less than 10,000 lbs—including buses and on-road trucks—must be equipped with rear visibility technology to comply with the upcoming FMVSS 111 mandate. This final rule by the National Highway Traffic Safety Administration (NHTSA) is part of an ongoing effort to reduce an average of 267 fatalities and 15,000 injuries caused by reversing vehicles each year. Along with other safety technologies, the use of backup cameras on cars, buses, and light-weight trucks represents yet another attempt to put an end to the rising rate of vehicle accidents in the US.

ACCIDENTS ON THE RISE

Exact figures vary, but estimates suggest that between 93 and 99 percent of all vehicle accidents are caused by human error. This is not to suggest that the vast majority of drivers are not competent, only that a simple driving error can result in damage and possibly even loss of life. In the US, an estimated 40,200 people died in 2016 from car accidents, up from a low of 32,999 in 2010. (The highest annual rate of US traffic deaths was 54,589 in 1972.) This includes backing accidents.

It should be noted that even with backup cameras, “drivers still don’t look around their vehicles enough when in reverse and sometimes get distracted by any number of things as their vehicles roll backward,” explains Janette Fennell, president and founder of car safety nonprofit, www.kidsandcars.org. The primary reason for this seems to be that backup cameras display images on a monitor, and drivers become too reliant on the screen instead of using it with their rearview mirrors.

Every accident is one accident too many. Every life is precious, and with every backing accident comes the potential of death, injury, loss of property, disruption of service, vehicle and driver down time, often astronomical insurance costs and, for the drivers themselves, deep remorse. Given what is at stake, measures that reduce the frequency of backing accidents should be applauded—and implemented.

The data NHTSA marshalled in drafting the rule is instructive for medium- and heavy-duty truck fleet managers. As part of its research, NHTSA looked at 58 back-over cases. It found that most of the accidents occurred at between .62 and 10 miles per hour, and that 95 percent of them took place in daylight. Other data showed that a light vehicle backing up at 2.0 mph took 4.7 to 6.4 ft to stop, and from 13.4-17.5 ft at 5 mph.

With this information in mind, it’s safe to assume that some version of the FMVSS 111 mandate will soon be passed on to medium- and heavy-duty trucks, too. When you consider the number of incidents that take place in the yard alone, before operators even have time to get on the road, it makes sense to provide them with safety technologies that will help prevent these accidents and stay ahead of the regulations.

Backup cameras serve to reduce blind zones in reversing cars, however, federal data shows that this passive technology (technology that requires driver/operator engagement) as a stand-alone safety solution hasn’t significantly reduced back-over incidences. Even though backup cameras more than doubled from 32 to 68 percent in new cars sold between 2008 and 2011, the reduction in back-over incidents was less than 8 percent.

What’s more, environmental conditions get in the way. Rain, snow, and sun glare can drastically impair camera visibility on the road.

Combining vision systems with active safety systems, such as object detection radar, provide truck operators with active alerts (alerts that don’t require their engagement) so they can avoid potential collisions with people or property. Adding a camera and monitor to active safety systems increases the efficiency and productivity of vehicle operators. Instead of having to exit the vehicle whenever an object is detected, the operator can simply glance down at the monitor to see what is in the vehicle’s way.

The dangers posed by medium- and heavy-duty truck operations are, of course, different from those of the average commuter.

Risks include inexperienced drivers with inadequate training, unsafe site design, unmaintained equipment, ineffective supervision, and one that’s on the rise—driver distraction. On the open road, the greatest number of accidents are caused by failure to keep in the proper lane, followed by failure to yield right of way, reckless or careless driving, overcorrecting, and not adjusting to road surface.

In response, automakers implemented a host of advanced driver safety assistance systems that include side and rear blind spot detection, automatic braking, collision avoidance and lane departure warning systems, and more. Many of these systems are increasingly becoming standard on all vehicle models and are making their way to commercial and heavy equipment.

Whether in the cab of a 5,000-lb SUV or a heavy-duty commercial truck, the operator must contend with a multitude of distractions, from incoming phone calls to unexpected obstacles, bad weather, unmaintained roads, and the erratic behavior of other drivers. That’s a lot of sensory overload for even the healthiest, most well-rested, and best-trained operators to manage.

Until we reach complete autonomous driving, our best chance for improved safety is continuous, across-the-board initiatives combining the best of technology with the best of operator training and motivation. If NHTSA’s rearview-camera rule can stop the killing of just one person, then it is a step in the right direction. There are many more steps we need to take to make vehicles of all shapes and sizes uniformly safe and uneventful forms of transportation.

The key to keeping everyone safe is to install safety technologies sooner than later, and not wait for a mandate that requires these systems. At the end of the day, protecting your bottom line means protecting your fleet, your team, and the public and making sure everyone makes it home safely at the end of every day. 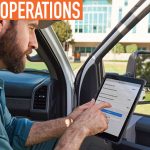 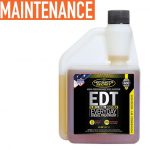