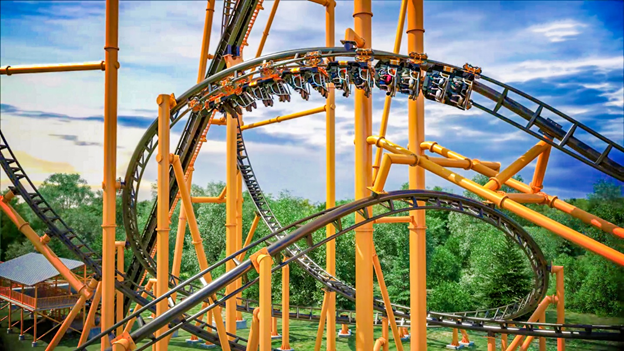 PPG announced that the Steel Curtain roller coaster, which opens tomorrow in the new STEELERS® Country section of Pittsburgh’s historic KENNYWOOD® Park, features PPG coatings that include one in a Steelers Yellow color, which PPG custom-formulated specifically for the project.

The coaster track, structure, and cars are finished with coatings from four PPG protective and marine (PMC) and commercial vehicle product lines.

Jerome Gibas, general manager of Kennywood Park, says PPG coatings were used wherever possible throughout Steelers Country, which is billed as “an immersive land that celebrates the hard-hitting heroics” of Pittsburgh’s famous football team.

“Pittsburghers have a lot of pride in their city and, of course, their beloved Steelers football team,” Gibas explains. “It was important for us to implement pieces of Pittsburgh wherever possible in the new attraction areas of Steelers Country. Pittsburgh is also home to PPG. The company’s coatings and paints have been used all over the park for many years, so its partnership on the coaster project was a perfect fit.”

With cars speeding across 4,000 ft of track at 75 mph, the Steel Curtain is Pennsylvania’s tallest-ever roller coaster. It also sets a North American record for most inversions (nine) and a world record for tallest inversion (197 ft).

The size and scope of the roller coaster required its components to be manufactured and coated at four international plants—two in Spain and one each in Turkey and Belgium—before being shipped to and erected at Kennywood Park.

The roller coaster track was produced in Utah and finished with PPG coatings mixed and applied by Jones Paint & Glass, a member of the PPG Premier Authorized Dealer Network.

As a global paint manufacturer with a specific team dedicated to amusement parks, PPG was able to meet the challenge of supplying coatings in identical paint colors to all locations.

“This project required a global supplier that could match colors exactly for multiple structural components finished with multiple coatings products across the globe,” Shilpa Hareesh, PPG corporate accounts manager, amusement parks and entertainment groups, says. “Despite the inherent challenges that come with fabricating a large structure like this with several overseas vendors, tremendous cooperation among all the parties made everything work.”

Once the coaster was erected, paint touch-ups were made with coatings mixed at a PPG PAINTS™ store in Pennsylvania. Baynum Paint of Newport, Kentucky, a long-time PPG customer that specializes in amusement park projects, completed the project.

By partnering with the PITTSBURGH STEELERS® on Steelers Country, Kennywood Park became the first amusement park to collaborate with a professional sports franchise to create a themed attraction area. A café and patio, games of strength and endurance, interactive exhibits, and a multilevel sports training facility will complete the new section once it all opens later this year.

PPG’s PMC products protect customer assets in some of the world’s most demanding conditions and environments, such as projects in energy, infrastructure, and marine markets. PPG PMC product lines include PPG PSX, PPG AMERLOCK®, PPG PITT-CHAR®, and PPG HI-TEMP™ coatings. 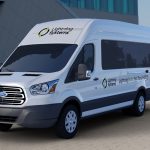 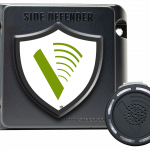