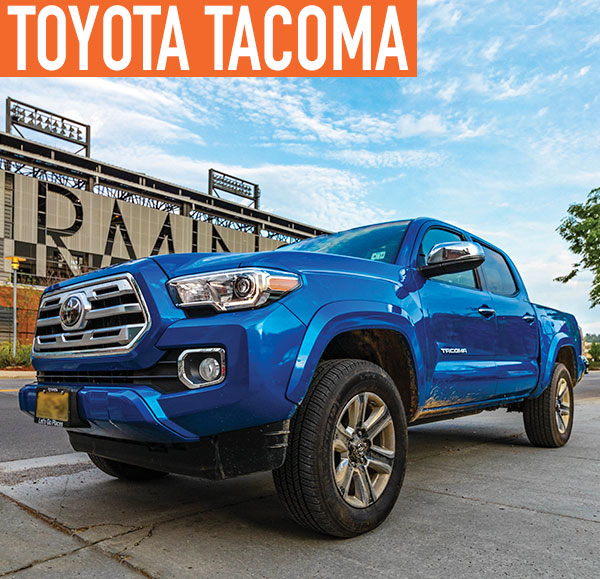 Maybe it was the fact that my 10-year-old car has nearly no bells and whistles, the fact that it’s been a while since I sat in a vehicle with “new car” smell, or maybe just that I was excited to simply be in a truck, but I sure felt like hot stuff in that 2018 3.5-L V6 Toyota Tacoma Limited in Blazing Blue.

With the moonroof open, the back window cracked just enough to get a great flow of air, and with Soul Town on Sirius XM radio booming through the JBL sound system, I caught a few admiring stares through the lenses of my sunglasses while in traffic on Tuscaloosa, Alabama’s McFarland Boulevard.

“You don’t belong in a truck,” my sister said. But I didn’t let her opinion stop me from driving the Tacoma everywhere I went. It’s spring in Alabama, and I wanted to join all the others taking their toys out for a spin. I couldn’t wait to join the convertibles, souped-up trucks, classic cars, motorcycles, and midlife crisis purchases out on the road, soaking up attention. But my reason for driving the Tacoma everywhere wasn’t just for pleasure.

Each time I buckled into the Tacoma, my mindset shifted from Modern WorkTruck Solutions editor to work truck operator. What aspects of the truck’s cab would a work truck operator appreciate, and which aspects would they hate? What’s great about the way the truck handles? Would this be a valuable addition to a work truck fleet, or would it even be worth the money? I’ve got to say, there are many aspects of this truck I’m proud to report, but other aspects aren’t so praiseworthy.

When I mentioned bells and whistles earlier, I wasn’t kidding. This Tacoma Tacoma features all the nice touches you’d want in a vehicle; from its sound system to its safety features, you’ll likely be impressed. Let’s start with entering the cab…

Thanks to Toyota’s Smart Key fob, as long as you have the key fob in your hand, pocket, or bag, the door of your truck automatically unlocks once you grab the handle, and touching the handle in a certain place locks the doors as well. You don’t know how convenient this aspect is until you experience it. Work truck operators carrying tools and paperwork back and forth will love the fact that they don’t have to dig for their key each time they need access to the cab.

The tech-filled interior complete with a JBL sound system is a great complement to the Tacoma’s beautiful exterior.

After opening the doors with the Smart Key, I stepped right up and sat right down on beautiful leather-trimmed seats with adjustable lumbar support. The steering wheel—also leather trimmed—is adjustable from almost any angle and is a hub for convenient audio controls. Audio controls such as volume, source, track, channel, etc. can all be accessed from the steering wheel, allowing drivers to keep more focus on the road.

Those controls are connected to the truck’s Entune Premium JBL Audio system with integrated navigation and app suite on a 7-inch touchscreen. Listen to music from AM/FM radio, the CD player, Sirius XM radio, or your personal device via Bluetooth, USB, or auxiliary cable. With Bluetooth compatibility, drivers can also make calls and send text messages using only their voice or at the push of a button—although I received complaints on the other end of my calls about the audio. Other than that, Toyota really thought of everything when it comes to convenience at the wheel. The interior of the Tacoma gets a nine of 10 rating from me. Aside from the audio complaint on my call, I LOVE the technology in the cab, and I really missed it when I climbed back into my personal vehicle.

The Toyota Tacoma is definitely easy to handle. Instead of circling lots to find a spot big enough for your truck, the Tacoma can fit in any place that your personal vehicle would. The ride is smooth, offers stress-free maneuverability, and it’s capable of reaching any jobsite—urban or remote.

The Toyota Tacoma’s compact stature creates room for movement in and around an urban setting. Equipped with Toyota Safety Sense P (TSS-P), I was alerted each time the car in front of me performed a harsh brake, avoiding a collision. The TSS-P also features pedestrian detection and Lane Departure Alert (LDA)—which I’ll admit is a bit of a nuisance if you’re a line hugger like me. Operators have the option of disabling this feature, but I decided to keep it active; I’d rather be occasionally annoyed than suffer through an avoidable accident.

In addition to driving alerts, the truck is also equipped with a backup camera and a rear parking sonar, features that came in handy driving in downtown Birmingham. I give this truck an urban environment rating of eight. I wish the truck’s side mirrors folded when the vehicle is parked and locked, and I would really appreciate a Bird’s Eye View camera angle. Aside from those techy features I’m picky about, I had no issues with the truck in an urban environment—and that’s saying a lot coming from someone who normally drives a tiny car.

The Toyota Tacoma Limited is capable enough for remote worksites that are off the beaten path.

To test the Tacoma’s off-road abilities, my dad and I took the Tacoma through Little River Canyon National Preserve in North Alabama. The truck impressed both my dad—who normally travels those roads in a Jeep Wrangler—and me. You don’t have to buy the TRD to get an off-road-capable Tacoma. As the driver, the clearance of the truck made my job easy, and the fact that it features a 6-speed automatic transmission kept me from stalling out when the road was a little more challenging than I expected.

My one complaint about its off-road capabilities, however, is that the hood of the Tacoma is long, wide, and tall, preventing a good view of the road when climbing steep, rocky hills. Other than that, I’m completely satisfied with its off-road abilities. I give this truck’s off-road capabilities a rating of seven—great for back roads, but I wouldn’t make a habit of taking it out in the mud or the rocks as the Limited isn’t properly equipped for that.

The Tacoma is a nice truck. It features a beautiful interior—my friends and coworkers were impressed—and is a breeze to drive. When my coworkers and I went out to lunch, we’d take Smurf (the name the bright blue Tacoma was given around the office). We enjoyed the great features and the many ways to play the music that matched our mood. But one thing I noticed about the truck: It’s not that cozy.

I’m a commuter. My office, sister, church, and favorite shopping destinations are all an hour from where I live. I spend more time in my vehicle than I care to admit, and because of that, comfort is a big deal. Would I call the Tacoma uncomfortable? No. It sits up high—my legs don’t feel cramped, and I have plenty of headroom, although my 5-ft-9-inch stature doesn’t usually have a problem with those aspects. But for drivers who are 6 ft-plus like my dad, watch your noggin getting in and out. My dad didn’t speak negatively of the space, but I watched him dodge the roof of the cab a few times.

Aside from the size of the cab, the Tacoma just doesn’t feel like it’s made for long rides. The armrest consists of the center console and a hard space on the cab door, and the seat doesn’t have a lot of give, making it feel stiff after a while. I give the Tacoma a comfort rating of five—not the worst, but definitely room for improvement. However, a comfort factor won’t be an issue for short commutes, and work truck operators making quick trips from the office to the jobsite should have no issues.

Would I add the Toyota Tacoma to my work truck fleet? Absolutely.

Although I didn’t haul a load with the Tacoma Limited, it’s spec’d to produce 276 hp at 6,000 rpm with 265 lb-ft of torque at 4,600 rpm. Even driving it without a load, I could feel its capability, and I don’t see any reason why the Tacoma couldn’t pull light loads.

There were a few negatives for me: the complaint about the Bluetooth audio on phone calls; the absence of side mirrors that automatically fold when parked; no Bird’s Eye View; the obscured view of the road when traveling steep grades due to the hood of the truck; and the lack of comfort in the Tacoma’s design. Aside from my nitpicky opinions, the Tacoma really is a sweet truck—as stated earlier, I felt like hot stuff sitting in the driver’s seat … even if my sister thinks I don’t belong in a truck.

The Toyota Tacoma proved capable of tackling both urban and remote environments. However, the truck’s technology and safety features make it absolutely perfect for urban projects—especially those that are low on space. With its maneuverability, drivability, and great tech features, I would add at least one Tacoma to my work truck fleet. Hands down.

Jade Brasher is the editor of Modern WorkTruck Solutions magazine. A graduate of The University of Alabama, Jade resides in Tuscaloosa, Alabama, and enjoys writing about her town, travel, and of course, work trucks. Reach her at jade@mwsmag.com.

Jade tested a 2018 Toyota Tacoma Limited Double Cab with a 3.5-L V6 engine and a 6-speed automatic transmission with 4×4 capability. Special thanks to Toyota Motor North America and DriveShop of Charlotte, North Carolina, for providing the vehicle for review. 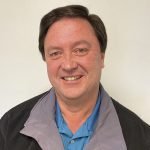 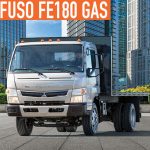