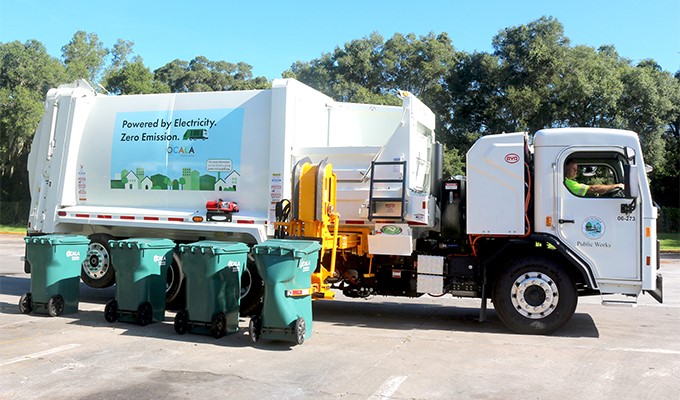 Don Ross, vice president of sales and marketing for New Way, says the company leads the industry in battery-electric vehicle (BEV) refuse applications. He adds that New Way currently has more BEVs in service than any competitors.

These New Way BEVs work on route every day in both traditional rear-load (RL) and ASL configurations. New Way continues to gain momentum with several units on order in various configurations; some configurations will mount on next-generation platforms.

“New Way Trucks is proud to help drive the industry forward by manufacturing environmentally sustainable refuse equipment for our customers,” said Mike McLaughlin, CEO of New Way Trucks. “As a leader and steward of innovation in refuse truck body manufacturing, it is up to us to forge a new way forward that includes an emphasis on sustainability.”

Additionally, the City of Ocala is among the first municipalities to adopt BEV refuse technology in the country. Ocala received an EPA grant to replace heavy-duty diesel-fueled trucks with zero-emission BEVs; it chose to partner with New Way and BYD. Deploying the units will result in fuel cost savings as well as reduced diesel emissions, and operational efficiencies.