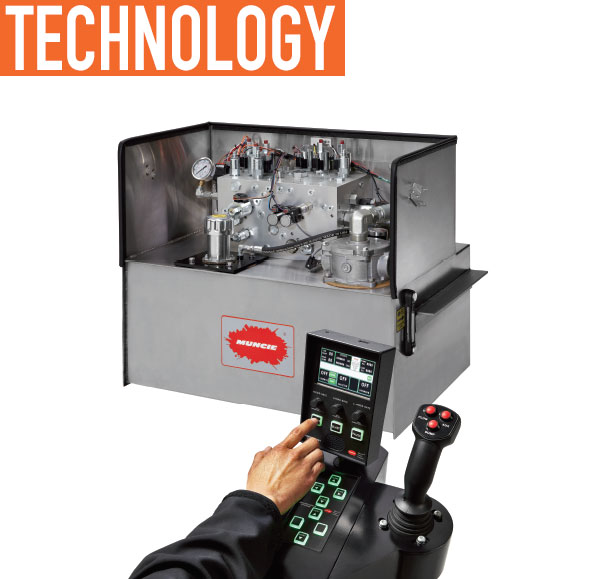 What is IoT and how does it relate to the work truck industry? IoT stands for the Internet of Things: the computer revolution occurring due to the increasing inexpensiveness of putting low-powered computers into things that have not traditionally been classified as “smart.”

WHAT QUALIFIES AS AN IOT DEVICE?

There is only one general characteristic for an IoT device—the ability to connect to the internet. Further characteristics that increase functionality can include the integration of sensors for reporting purposes, either local or cloud-based storage of data, and remote management.

For many years, computers have been embedded in cars and trucks. These computers have been stand-alone devices that control various systems in vehicles, log data, and display errors in the form of the check engine light, low tire pressure light, oil temperature light, etc. Due to the decreasing cost of cellular connectivity as well as the ease of connecting to home Wi-Fi networks, companies are looking for ways to enhance their service and product offerings.

These uses will likely move into corporations with the same intentions of having them at home—automation, smart management, and reporting. The industrial uses for IoT are a tad more vague than the home uses because they need to be tailored to each specific product offering. Generally the industrial use will tap into or bring together a combination of these functionalities:

Fleet management is a potential low-hanging fruit in the IoT space. Remotely, a Fleet Operations Center (FOC) can coordinate the movement and routing of vehicles. Further, a Fleet Operations Center can centrally track the fuel efficiency of trucks as well as other operational and safety metrics, such as average speed, top speed, g-forces, truck use, and operator attentiveness. A smart maintenance program can be employed by remotely receiving engine and truck operational data and scheduling proactive maintenance before a failure occurs, keeping truck downtime to a minimum.

For certain sectors, like snow and ice removal, operational transparency can be seen as a benefit for customers. Truck location, road condition, and estimated time of service can be uploaded to a Fleet Operations Center and then published on a web-based mapping software for customer use. This would allow end customers to not only make smart decisions based on accurate data, but also assist in the building of trust between them and the publishing organization.

Safety for autonomous vehicles becomes a major concern as the level of intelligence needed in each truck is significant to ensure no one is harmed. At the moment, a human driver is necessary to act as a local brain to make safety and operational decisions. With sufficient intelligence, a snow plow could be automated with a preplanned route, but would have to be filled with sensors and connected to a Fleet Operations Center for oversight to ensure the truck didn’t put anyone in danger.

Privacy is of increasing concern and is no exception with IoT. The security of the data generated must be protected from origination to final destination. We must be precise in the data that we collect and how we do and do not use that data.

Security could also become a major concern. Fully developed security plans could be rushed in favor of getting a product to market sooner. Each individual device can then act as an attack point into a vendor’s network, a customer’s network, or the program itself.

Not all infiltrations are malicious in their intent. The devices could be compromised and added to a Botnet (a collection of computers controlled by a remote entity for purposes other than those intended by the computer owners) to be used for nefarious purposes unbeknownst to the operators or owners of the trucks.

THE COST OF INSECURITY

Association with a leak or a Botnet attack can have a significant impact on a company. Other than the potential operational disruption and/or destruction of assets, the company can face a devaluation of its reputation and a loss of intellectual property and revenue. There can also be potentially significant legal fees associated with cleaning up the mess. An expression I often use for cyber security is Benjamin Franklin’s “An ounce of prevention is worth a pound of cure.”

What does the future hold? Autonomous vehicles have been in the media quite a bit lately. While autonomous work trucks seem far-fetched, it is likely that we will hear more about them in the relatively near future.

Initially, we will likely see work trucks autonomously driven while humans continue to perform the function of the truck. Eventually, depending on the complexity of the work, the whole truck may become automated.

Imagine a refuse truck collecting trash from bins placed on the street. With markings on the trash bins for truck-mounted cameras to see, a truck could conceivably drive a predetermined route, locate the trash bins, grab them, and deposit the trash into the truck. Other than the Fleet Operations Center monitoring the fleet, this would require little to no human involvement.

Utilities can improve transparency in the event of a power outage by reporting truck location and estimated time of arrival of trucks into your area. Snow plows that have been route-optimized can report road conditions, location, and the amount of product applied to the road surface.

Life could essentially be easier with the integration of IoT into the work truck industry.

To stay competitive, every company is becoming a software development company, and the growing pains can be alleviated with an appropriate amount of capital investment, manpower investment, and attention to the best practices spearheaded by the traditional tech companies that have gone before us. The world is changing, including the work truck industry, and we are all going to embark on a wonderful adventure that will transform our daily lives—the adventure that is IoT.

Ian Robertson is the network/systems manager at Muncie Power Products. Certified in the Governance of Enterprise IT (CGEIT) and a Certified ScrumMaster (CSM), Ian holds a Bachelor of Science in Informatics from Indiana University and an MBA from the Kelley School of Business at Indiana University. 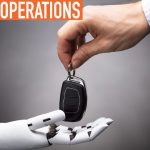 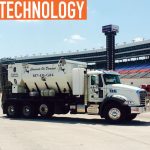