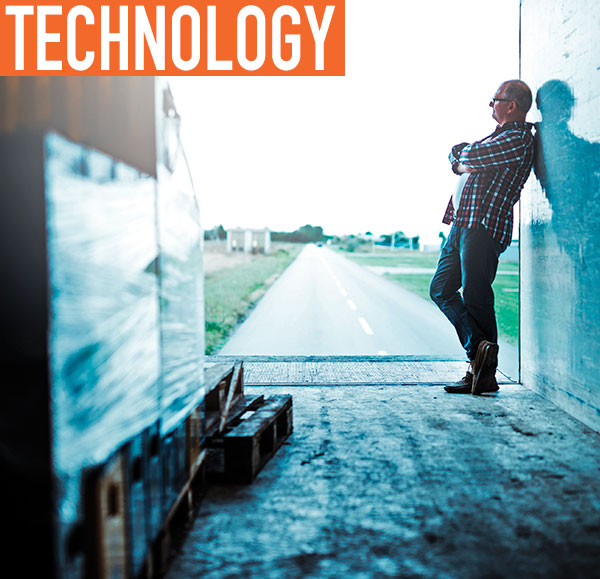 According to a 2018 report from the World Health Organization (WHO), toxic levels of pollution lead to the early deaths of an estimated 7 million people, and indoor air pollution was responsible for an estimated 3.8 million of the total. Microscopic airborne pollutants are so small they can evade the body’s natural defense mechanisms and penetrate deep into respiratory and circulatory systems, causing damage to lungs, the heart, and the brain. The WHO claims that a third of the global deaths from stroke, lung cancer, and heart disease are due to effects of air pollution.

PM2.5 is a more serious health concern than the larger and more common PM10. Since they are small, light, and stay in the air longer, PM2.5 particles can travel deeper into lungs, causing more harmful health effects. PM2.5 also includes soot emitted during the combustion of solid and liquid fuels such as for power generation, domestic heating, and vehicle engines; therefore those working in, on, and around vehicles are at a higher risk of exposure. These fine particles are also known to trigger or worsen chronic disease such as asthma, heart attack, bronchitis, and other respiratory ailments.

PM2.5 describes fine inhalable solid particles and liquid droplets with diameters that are generally 2.5 micrometers, including mold and bacteria.

“Airborne and surface-based bacteria are also a concern for those workers who labor in, on, and around vehicles that that are exposed to biological contaminants,” Brett Johnson, president and CEO of Optronics International, says. “Those who share vehicles with multiple users, those who occupy sleeper cabs, and those who work transporting foodstuff are at higher risk of exposure. The climate in which the vehicle operates can also play a role in magnitude of bacterial growth.”

Food supply chain and cold chain shipping companies must also contend with the most recent Food and Drug Administration (FDA) and Food Safety Modernization Act (FSMA) rule on Sanitary Transportation of Human and Animal Food. The FSMA was designed to advance FDA’s efforts to protect the nation’s food supply by keeping it safe from contamination during transportation.

The FDA’s website states that the goal of this rule is to prevent practices during transportation that create food safety risks such as failure to properly refrigerate food, inadequate cleaning of vehicles between loads, and failure to properly protect food.

The rule builds on safeguards envisioned in the 2005 Sanitary Food Transportation Act (SFTA). Because of illness outbreaks resulting from human and animal food contaminated during transportation and incidents and reports of unsanitary transportation practices, there have long been concerns about the need for regulations to ensure that foods are transported in a safe manner.

The rule establishes requirements for shippers, loaders, carriers by motor or rail vehicle, and receivers involved in transporting human and animal food to use sanitary practices to ensure the safety of that food. The requirements do not apply to transportation by ship or air because of limitations in the law.

With some exceptions, the final rule applies to shippers, receivers, loaders, and carriers who transport food in the United States by motor or rail vehicle, whether the food is offered for or enters interstate commerce.

It also applies to shippers in other countries who ship food to the to be consumed or distributed in the US directly by motor, rail vehicle (from Canada or Mexico), ship, or air and arrange for the transfer of the intact container onto a motor or rail vehicle for transportation within the US.

New LED technology developed by Optronics International promises to bring a revolutionary level of hygiene to vehicles everywhere while improving air quality and worker safety in the process. Optronics’ new Purilite Light-Shield™ technology sanitizes air and surfaces wherever and whenever its light shines.

“Our solution is as simple as turning on the lights,” Johnson says. “But the simplicity is deceiving because the technology behind the light is scientifically advanced.”

Purilite Light-Shield lamps use the power of LEDs to generate a constant stream of negative ions via a proprietary coating applied to the LEDs themselves. The negative ions provide users with a single-source, broad cleansing action that performs not only decontamination and sanitization functions, but also produces optimal light quality for human vision, approaching the color temperature of natural sunlight.

The ionic sanitization occurs through both physical and biological mechanisms. The negative ions bind to lightweight airborne PM2.5 particles, adding mass and enabling natural gravitational forces to remove them from the air by causing them to float safely to the ground.

The negative ions also combine with positive molecules in mold spores and bacterial proteins, destroying them and causing them to decompose. Bacterial proteins are among the most toxic poisons known to man and belong to two broad categories: lipopolysaccharides (gram-negative bacteria) and proteins, which are released from bacterial cells. Once terminated, what’s left of the pathogens also fall inertly to the ground. With viability removed, the biological remnants are rendered essentially sterile, reducing exposure risks even if they are disturbed and become airborne again.

Preliminary tests comparing Purilite Light-Shield with standard LEDs as well as no light source show a 77% reduction in PM2.5 and a 65% reduction in E. coli in just one hour.

Preliminary tests in a controlled environment show a 77% reduction in PM2.5 and a 65% reduction in E. coli in just one hour. Testing also compared Purilite Light-Shield with standard LEDs as well as no light source.

“Until now, some surface coatings and surface cleaning procedures were the only tools available to fleets required to adhere to FSMA guidelines,” Johnson says. “Optronics’ Purilite Light-Shield technology is the first to go beyond simple surface-oriented decontamination methods, extending its cleansing capacity to the entire interior environment of a vehicle.”

Optronics’ new Purilite Light-Shield™ technology sanitizes the air and surfaces wherever and whenever its light shines. The lamp’s broad cleansing action performs not only decontamination and sanitization functions, but also produces optimal light quality for human vision, approaching the color temperature of natural sunlight.

New Purilite Light-Shield lamps are expected to have vital applications in commercial trucking, particularly in sectors employing sleeper cabs and those transporting any form of food. Work trucks that regularly encounter smoke, soot, and airborne biological agents and those serving the food industry will also see obvious benefits. Other vehicle-based applications include buses, recreational vehicles, fire and rescue, and ambulances among many others.

“Our new Purilite Light-Shield lamps offer the industry a new and effective tool to help reduce worker exposure to airborne allergens and pathogens and to keep them safer,” Johnson says. “For ages, the shedding of light on something has carried a purifying connotation. With the introduction of our new cleansing light technology, we’ve given a new and potent meaning to the term.” 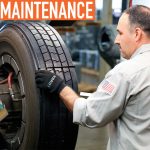 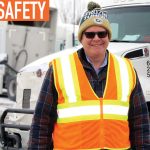