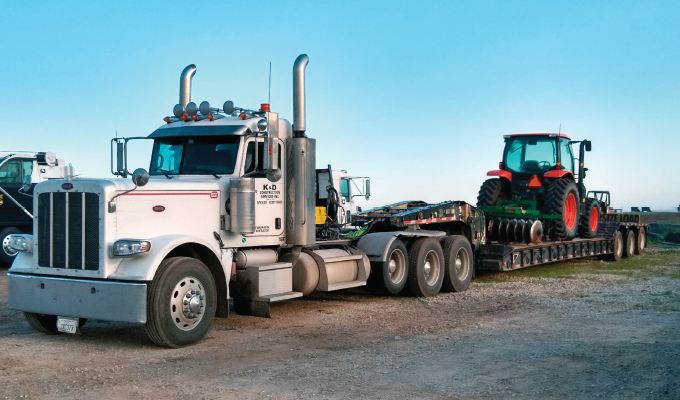 Construction companies and contractors rely heavily on how efficiently they are able to allocate their vehicles, equipment, and labor for each job. Jobsites can be separated sometimes by hundreds or thousands of miles, so effective construction management requires virtually continuous fleet tracking to ensure that nothing sits idle for long in order to improve profitability. On top of this, with the construction company or contractor name/logo emblazoned on vehicles for the public to see, it is vital to prevent any unprofessional actions, such as speeding or reckless driving, that could hurt their brand, compromise contracts, or even invite liability in the case of serious accidents. 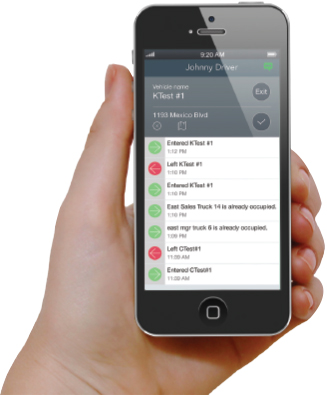 “We use GPS tracking to know where our equipment is so we can quickly get it to the next jobsite,” says Robert Hanneman, business development/fleet manager at Chelsea, Oklahoma-based K&D Construction Services, a specialty foundation contractor serving the utilities market in a six-state area with a full suite of construction foundation services. “We use it when we schedule which jobs need which pieces of equipment to ensure that everybody gets what they need and nothing extra. It also helps us keep our drivers safe and accountable for their driving.”

However, not all GPS tracking systems are designed to withstand rough use at construction worksites.

“We work for utility companies and spend a lot of time out on dirt roads, so the equipment gets bounced around,” Hanneman says. “We had too much trouble with previous GPS tracking devices that were not reliable in the field.”

When Hanneman researched the market for a replacement, he turned to a rugged system called Shadow Tracker Vision III from Advanced Tracking Technologies (ATTI), a Houston, Texas-based designer and manufacturer of GPS tracking products. The system is designed for construction use and costs about half of what he was paying previously.

“The more reliable the GPS tracking system—even in rougher terrain—the better it is for construction,” says Hanneman. “And theirs has been pretty darn reliable.” Hanneman uses the devices on about 45 vehicles including semi-trucks, 1-ton and 3/4-ton trucks, as well as skid steers, mini excavators, and more.

As far as pricing, Hanneman notes that he pays under $20 a month per vehicle for the GPS tracking.

He appreciates that he can use the one system to track all of his construction fleet vehicles. “I did not want to look at multiple systems to see different things with one set of trackers for the trucks and another for the skid steers and mini excavators.” 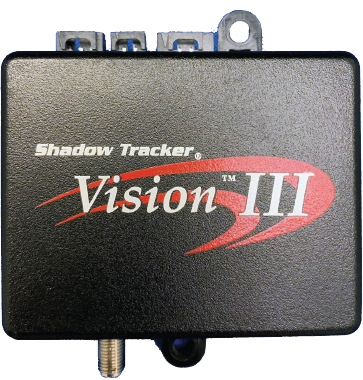 According to Hanneman, via a PC or smartphone app approved by ATTI, he can display the real-time location of his entire fleet on a map and zoom in on any specific vehicle. At a glance, he can see if a vehicle is moving (displays green) or stopped (displays red). If he touches a vehicle icon, the app will display where the vehicle has been, where it stopped, and how long it has idled.

“By zooming in or out on the map, we can see everything,” Hanneman says. “We can look where the different crews are and see what equipment they have with them in case we need to reallocate equipment to other places, depending on the job tasks.”

Hanneman notes that job tasks are not always the same from one jobsite to the next. “Maybe one crew has four skid steers, another has one, and I need to move skid steers around between the different crews,” he says.

Compared with typical GPS tracking devices that may only update every few minutes, the system provides real-time location updates every 10 seconds, as well as location, speed, and idle time alerts if something is amiss. This data is transmitted via satellite and cellular networks to a smartphone or PC on a 24/7 basis. The system has access to nationwide speed limits in its database.

“We have multiple crews working in multiple states, so being able to track where our vehicle fleet is in real-time 24/7 is a real advantage,” Hanneman says. “It also helps if we need to respond quickly to a need for emergency construction, such as for repair after a storm.”

While K&D Construction Services has a great work crew, according to Hanneman, the GPS tracking system has helped his drivers drive more safely and take greater responsibility for their own conduct without the need to micromanage.

“A few years ago speeding was a concern, so I set up the GPS tracking system so it emails basically everybody in the company anytime a truck is speeding,” says Hanneman, who notes that he gave drivers enough time to pass a vehicle on the highway. “I found that was actually a lot more useful than me trying to reprimand them. Now, they essentially police themselves.”

“Our drivers are hardly ever pulled over by law enforcement now because they do not speed, which is a red flag to be stopped,” Hanneman says. “This has made a big difference on our Compliance Safety Accountability scores, and we expect better insurance rates going forward, too.”

Del Williams is a technical writer based in Torrance, California. Find out more about Advanced Tracking Technologies and for a free demo, visit www.advantrack.com.