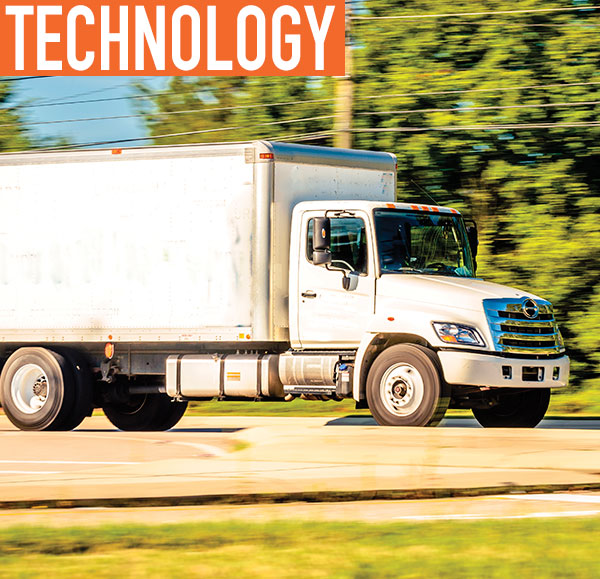 Every day, the batteries serving the essential power needs of commercial vehicles of all types aren’t just abused, they’re killed. Power-hungry technologies such as computers, power tools, liftgates, pallet jacks, mobile phones, and telematics devices create parasitic loads that steadily deplete batteries beyond their capacity to fully rebound. Delivery vehicles, taxed by the ever-increasing demands of the e-commerce explosion, start and stop their engines so often that their alternators simply can’t adequately replenish their batteries.

As a result, batteries are failing in record numbers, resulting in increased worker downtime, service runs, repair costs, and millions of dollars of needless overhead expenses. Many fleets consider battery replacement and battery-related expenditures simply as the cost of doing business.

“Batteries do have a finite lifespan, and they will wear out over time,” Sean O’Connor, division manager for Go Power! Fleet, says. “However, by employing proven, cost-effective, and convenient solar charging solutions, batteries and the capital investments in them can reach their maximum potential.”

Go Power! products supply both AC and DC power for fleets of work trucks and heavy-duty vehicles. The brand’s inverters, chargers, and mobile AC and DC power products have long been the professionals’ choice for installations where dependable power is necessary.

With more than 300,000 fleet solar systems in the field, Go Power! is also a leader in the mobile solar power industry and has more than two decades of experience with a wide range of commercial vehicle applications. The Go Power! brand is one of North America’s most popular and is recognized as a leader in North America and Europe.

“Go Power! has brought some of today’s most innovative solar-based mobile power solutions to the commercial vehicle sector,” O’Connor says. “Our technology is focused on eliminating the problems and costs associated with dead batteries, including battery replacement, related service calls, and vehicle and crew downtime.”

FILL ‘ER UP FOR FREE

In a recent talk before an audience at the 2019 meeting of the Truck Rental and Leasing Association (TRLA), O’Connor suggested to attendees that Go Power! solar technology was analogous to a traditional fuel-based power source, but with an unlimited supply of free fuel.

O’Connor depicted a solar panel as the gas station, a battery as the fuel tank, a Go Power! solar controller as the automatic fuel shut-off valve, and the wire harness as the fuel line. In O’Connor’s analogy, 100 amps are like 100 gallons of fuel. Go Power! Solar Flex solar panels can generate up to six amps of “solar fuel” an hour in sunny conditions and up to three amps in overcast conditions. Multiple panels can be combined to generate whatever level of power a vehicle’s service duty requires.

Solar Flex solar panels are up to 82% lighter and their monocrystalline cells produce more power per square foot than other solar modules. They are designed to provide optimum charging solutions for batteries in both bright sunlight and overcast conditions.

O’Connor also explained that Go Power! systems use flexible, ultra-durable monocrystalline Solar Flex panels that are up to 24% efficient, 14% more than other panel technologies. They also use advanced Go Power! Maximum Power Point Tracking (MPPT) solar controllers that are 98% efficient and deliver 30% more power from each panel.

At just 3-mm thick, Solar Flex panels are constructed using a rugged marine-grade laminate and can be affixed with fasteners through engineered eyelets or via their pre-applied adhesive backing to metal, rubber, fiberglass, and plastic surfaces. Perimeter tape can also be applied for an extra level of protection against moisture and air intrusion.

“Sunlight is free and available every day during daylight hours, even in overcast conditions,” O’Connor says. “Go Power! technology captures more energy per square foot than any other solar solution on the market and enables commercial vehicles to employ this energy to power equipment and reduce reliance on generators and alternators all while keeping batteries optimally charged.”

SUCKS IN THE CITY

Fueled by record levels of online shopping, the number of delivery vehicles on the road today has increased exponentially and shows little sign of slowing. Many of these vehicles must service routes in dense inner-city cores where delivery points are in close proximity. Strict idling laws prevent vehicles from running during loading and offloading, so it’s not unusual for a vehicle to turn its engine on and off many times over the course of a day, and this is repeated every day.

Unfortunately, alternators are unable to replenish batteries between stops because the runtime intervals are too short, and because it takes more power to start an engine than can possibly be replaced by driving a block or even five. So each time the vehicle is started, its battery is drained a bit more with little hope of being brought back to optimal charge before it’s parked for the night.

The next day, the punishment begins all over again. It’s not unusual to see the batteries in city delivery vehicles replaced every six months.

“Sooner or later, the batteries simply die, and they often do so in the field, meaning either a service run, a new vehicle deployment to pick up the downed vehicle’s contents and delivery schedule, or both,” O’Connor says. “Fleet managers usually calculate the ‘hard costs’ of increased maintenance, field service calls, and new batteries, but they often miss the ‘soft costs’ of schedule disruption, staff frustration, and customer dissatisfaction.”

Vehicles with liftgates often struggle with battery failure. The problem is that their power-hungry hydraulic or pneumatic pumps are often called upon to perform 40 cycles per day. Power consumption can be taxed further if heavy cargo is lifted instead of simply unloaded from a vehicle.

Straight trucks use the same battery bank to start their engines and operate their liftgates. Unfortunately, doing double duty puts twice as much stress on batteries, because the runtimes supporting the vehicle’s alternator don’t provide adequate charging sequences to fully recharge them.

Liftgates on Class 8 trailers generally have dedicated batteries to serve their power needs. These batteries are often mounted in close proximity to the liftgate location, either mid-ship or at the rear of the vehicle. Though these batteries are close to the liftgates, their distance from the engine’s alternator can reduce charging capacity due to the energy dissipation inherent in their long electrical cables.

Work trucks with boom and bucket equipment and those using Go Power! inverters to support electronics and power tools can be configured to generate a battery-charging capacity of between 1.5 amps per hour to 100+ amps per hour.

Trailers with liftgates must also be matched with tractors outfitted with “stinger cords” capable of charging the liftgate battery. If there is an incorrect match between tractor and trailer or the driver forgets to connect the stinger cable, the battery charge depletes further.

“Liftgate battery failures usually go something like this,” O’Connor begins. “The first day they return from their route with about 95% of their charge capacity, the second day with 90, the third day 85 and so on. Unfortunately, when the batteries do finally fail, it’s when the liftgate is in the down position, meaning the vehicle isn’t going anywhere until an in-field jumpstart or battery replacement is performed.

Electric pallet jacks make handling palletized cargo much easier for delivery crews. There’s only one problem, they run on batteries too, and unless they are fully recharged every evening, they will fail. But, because many operations take the same pallet jacks they use in their trucks during the day to move cargo around in the warehouses at night, their batteries steadily deteriorate.

Go Power! offers a solar charging solution for vehicles with both liftgates and pallet jacks. The award-winning Go Power! dual charging system (DCS) is a solar powered energy supply that keeps liftgate batteries at a full state of charge, while providing a convenient charging hub for the onboard pallet jack.

“Like liftgates, pallet jack battery failure often occurs in the field, necessitating the delivery of either a replacement battery or a charged pallet jack,” O’Connor says. “Add to this that many vehicles have both liftgates and pallet jacks on board, and you’re looking at a recipe for prolonged periods of battery failure and downtime.”

Truck bodies needing electrical service require additional labor and cabling as well as a battery isolator to preserve the vehicle’s starter battery. Work trucks with boom and bucket equipment impose significant strains on batteries. Vehicles in the field are also often called upon to support an array of power tools and electronic devices that create a constant parasitic drain on starter and auxiliary batteries.

The Go Power! dual charging system (DCS) for liftgates and pallet jacks was the recipient of the “2019 Green Innovation Award” presented by NTEA at the annual Work Truck Show.

These power demands can reduce a battery’s lifespan by as much as 50% each time it is depleted to 10 volts or below. Battery depletion and parasitic loads are why many work trucks won’t start after sitting idle for even short durations of time.

“Many fleet vehicles start their day with batteries charged at between 50 and 75%,” O’Connor says. “Those are bad odds to gamble with.”

With a solar-based, renewable, zero fuel power solution from Go Power!, fleets can change the battery-related cost equation on service, downtime, and productivity. They can also reduce fuel consumption by eliminating idling and standalone generators, saving $25 to $40 per day in fuel costs.

Keeping batteries topped-off can triple their life according to O’Connor. He suggests that instead of batteries lasting mere months, solar charging enables them to last for years.

“If you want to maximize the life of your batteries, do not let them get below 50% of their capacity,” O’Connor says. “It’s best to start your day with a completely charged battery and with the benefit of solar charging, this is the norm.” 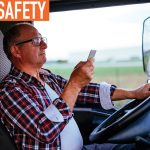