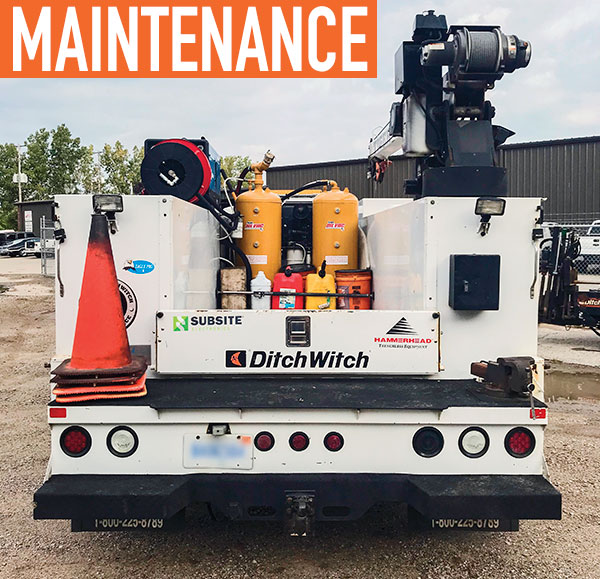 Service after the sale is a top priority for most contractors when investing in a piece of construction equipment and can be what separates a quality equipment dealer from its competition. How quickly a service technician has a machine up and running after a breakdown or after performing routine preventive maintenance work is how most contractors gauge equipment dealers. So to score high marks with customers, dealerships need to hire knowledgeable service technicians and equip them with everything they need to be efficient in the field.

Ditch Witch Sales of Michigan understands that its customers depend on them. With locations in Grandville and Howell, the two service techs for the dealership spend almost 100% of their time in the field performing routine maintenance and handling emergency service calls when the need arises. Homer Gonzalez, from the Grandville Ditch Witch Sales of Michigan location, is one of the technicians. His job has him traveling all over the state and working on a wide range of equipment.

“I was a service tech in the oil fields before going to work for the dealership,” Gonzalez explains. “I get to visit a lot of jobsites and work on a lot of different machines. And, while a large chunk of the work is doing routine maintenance things like oil changes, there are times where a machine goes down, and I need to work as quickly as possible to get it working so customers can stay on schedule. It’s those times where the parts and tools I have on my truck make a difference.”

Just like anyone in the construction industry, Gonzalez’s Ford F-550 truck is his office, and he is incredibly strategic about how he uses every square inch. Its service box is outfitted with a service crane, welder, and air compressor. The side compartments house tools, supplies, and parts.

“I believe keeping everything organized, clean, and tidy is one of the keys to being a good field service technician,” Gonzalez says. “However until recently, keeping the bed of my truck that way was a real challenge because I was devoting so much space to hauling around buckets of fresh and used oil. A person can do their best to make sure they wipe up drips on the buckets before putting them back in, but as they bounce around on a rough road and shift while turning, you’re bound to have some leakage.”

Transporting buckets wasn’t the only issue that the Ditch Witch Sales of Michigan service technician ran into while performing routine oil changes. He also says that having buckets sitting around a machine and wiping oil drips was creating an unprofessional image. He knew there had to be a better, more efficient way of handling these fluids.

Gonzalez’s quest to come up with a better mobile lubrication solution, and perhaps the desire to go home at night with clean hands, led him to Hoekstra Truck Equipment, a Sage Oil Vac dealer in Grand Rapids, Michigan, to see what the company’s options were for adding a mobile lube system to their service fleet.

“While working in the oil field, there were a lot of companies that used large mobile lube service trucks or trailers, but I wasn’t sure if anyone offered a system that could be fitted to an existing truck without taking up the entire bed,” Gonzalez says. “Mike Thorsen with Hoekstra showed me a Sage Oil Vac mobile lube system and explained how their compressed air fluid exchange systems use vacuum technology to dispense fresh fluids and suction up waste fluids using an air compressor. He also told me that I could create my own customized system based on my needs and the space I had available in my truck. It sounded like a great solution to my problem.”

After consulting with Thorsen and the team at Sage Oil Vac, the Ditch Witch service technician decided to order a Sage LubeBuilder™ System with two 30-gallon tanks. He planned to dispense fresh oil from one of the tanks and dispose of waste oil in the other.

Sage Oil Vac designed its LubeBuilder System for easy installation and customization. Gonzalez received tanks, hoses, reels, control panels, and all of the accessories needed to perform the install himself. “Sage Oil Vac provided easy-to-understand instructions and diagrams for installing the system in the back of my truck. The whole process took about eight hours and was pretty easy. I probably could have wrapped it up faster, but I’m pretty particular about my truck, so I took a bit longer,” he adds.

Gonzalez mounted the two storage tanks toward the front of the truck bed, mounted the controls to a panel near a compartment near the cab, and mounted the two reels on the top of the gearbox. The truck’s existing air compressor powers the whole system. Between the two tanks, the service tech created a small area to hold used filters and accessories.

Since making the switch to a custom mobile lube system by Sage Oil Vac, Gonzalez estimates he’s reduced the time it takes to service customer equipment by as much as 40 percent. Not carrying around buckets and drip pans also freed up a significant space in his truck bed, and replenishing his supply of fresh fluids and disposing of waste oil is also much easier.

“On the job, there’s no longer any wasted time wiping down buckets,” Gonzalez says. “Also, there is little chance of contaminants getting into the fresh oil because I’m using a closed system when I’m adding oil to my onboard tank and when I’m on the jobsite replenishing a machine’s fluids. The chance of spilling any oil on a jobsite is also greatly reduced. There isn’t any downside to using a system like this—only positives.”

With all the efficiencies created by adding a custom mobile lube system to its Grandville service truck, Ditch Witch Sales of Michigan ordered another LubeBuilder System for the service truck at its Howell location. Gonzalez says that he was able to help with the install, and it was ready to go in less than six hours this time.

“Equipping our trucks with a mobile lube system frees up a lot of time during our week, which means we can be more responsive to our customers’ needs. And, the system we chose is perfect because it’s customizable, so we don’t waste any space on our service trucks,” Gonzalez concludes.

Technicians should be ready to go as soon as they receive a service call. With a two-in-one system that dispenses and vacuums fluids, service techs can rest assured knowing they’re performing a service much quicker and cleaner with Sage Oil Vac’s LubeBuilder.

Aaron Sage has served in the Sage Oil Vac family business since 2002. Aaron is involved in the development of new markets and new products for onsite oil change and fluid handling equipment. With customers all over the world, Sage is in tune with efficiencies and technology in the mobile lube equipment markets. Find out more, visit www.sageoilvac.com. 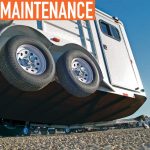 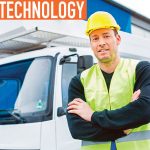