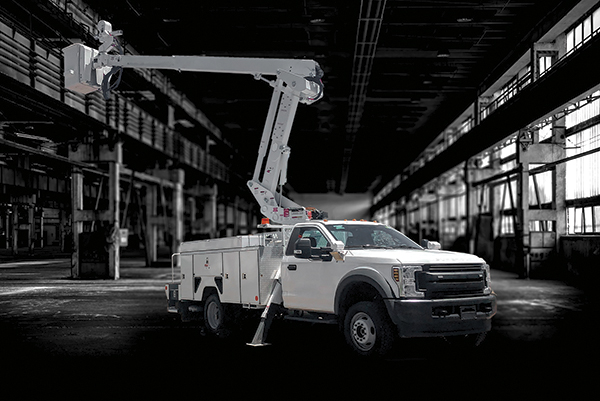 As countries around the world continue moving toward stricter environmental regulations, the pressure to double-down on vehicle anti-idling laws may intensify soon. People living in densely-populated areas experienced a stark improvement in air quality in the wake of the COVID-19 pandemic and subsequent shelter-in-place orders with fewer cars on the roads.

A study published by IQAir in late April 2020 analyzed the levels of what they call “the world’s deadliest air pollutant,” fine particulate matter (also known as PM 2.5) in 10 major global cities that enacted wide-spread quarantines and stay-at-home measures in response to the COVID-19 pandemic.

In an effort to help countries set goals for reducing pollution, the World Health Organization (WHO) created a set of standard targets for reducing ambient, or outdoor, air pollution. During California’s statewide lockdown, not only did LA meet WHO target air quality guidelines for the longest time period since the guidelines were created, but it also had the cleanest air quality month ever recorded for the city. Photographs of large American cities over the last several decades contrast greatly with ones taken during stay-at-home orders and quarantines, and innumerous first-hand anecdotal accounts about the decreased pollution levels show a clear preference of city residents for the cleaner air.

While we’re still learning about the impacts of COVID-19 on the body, John Hopkins reports that lasting lung damage appears to be a collective experience for those most afflicted. This damage worsens when patients experience secondary respiratory ailments like pneumonia, sepsis, or lung failure while fighting or recovering from the virus, and data from the BBC show that air pollution may have an impact on COVID-19 patient recovery. Dr. Panagis Galiatsatos of Johns Hopkins Bayview Medical Center estimates that it could take patients’ lungs from three months to over a year to return to pre-COVID normal function, leaving them more vulnerable to lung issues in the meantime.

Besides those experiencing or recovering from COVID-19, city residents suffering from ailments like asthma, COPD, lung cancer, and other pulmonary diseases reap the benefits of reduced air pollution. This respite and the desire to maintain the newfound cleaner air could increase pressure from the general public to minimize future air pollution.

According to the US Department of Energy, the elimination of vehicle idling would equate to removing 5 million vehicles from the road. For many cities and states, the elimination or reduction of vehicle idling may be a step toward permanently reducing air pollution. The Green Car Congress concludes that more than half of US states already have some form of anti-idling or idle-reduction legislation, but a survey of 48 US transit agencies in 2015 named “the nature of fleet operations” as their greatest barrier to aligning operations with idle-reduction regulations. With so much precedent across the country, it may not be long before other states follow suit and take a simple step toward cleaner air.

While eliminating idling is environmentally important, access to idle-free vehicles remains limited by high prices and low availability. Market and scale pressures continue to prevent production of EVs that would meet requirements of the work truck world. Plus, the initial price of the vehicle doesn’t include the cost of implementing charging infrastructure on-site and the additional electricity necessary to charge them. Depending on current infrastructure, the logistics of integrating those changes can be more complicated than initially meets the eye. Additionally, according to research completed by UPS in collaboration with GreenBiz, “A fleet of 200 to 300 electric trucks … requires up to four times the power needed for a facility designed for diesel trucks.”

Many facilities aren’t equipped for the electrical output required to integrate an electric fleet, necessitating additional infrastructure upgrades before they could even begin using electric work vehicles. Due to the legislations already in place, organizations that rely upon specialty work vehicles and utility trucks are scrambling to find an alternative to the standard vehicles used for years. A possible solution, however, is closer to their grasp than they may realize.

Although some fleets may not view fully electric trucks as affordable for their commercial, municipal, or utility operations, there’s another option for economically reducing work vehicle idling: hybrid auxiliary power systems.

A hybrid auxiliary power system is exactly what it says: a power system for vehicles that’s separate from the vehicle’s main power system. They can be used to run heavy power tools, power lift buckets, run cabin A/C, and more without idling the engine. There are big cost savings in eliminating engine idling, too. According to Volta Power Systems, Fleets could save nearly $15,000 per truck per year in fuel, vehicle maintenance, and depreciation costs.

Fleet managers can opt for these systems in newly-purchased work trucks or, if they aren’t interested in fully replacing their current fleet, can retrofit them on existing vehicles. Some systems, like the ones developed by Volta Power Systems and currently in operation with Oklahoma Gas & Electric, are capable of charging with an alternator while driving, eliminating the need for expensive charging infrastructure. Hybrid systems offer a scalability that isn’t possible with full-EV solutions and don’t place a limit on range. Systems that integrate into nearly any chassis can retrofit a full mix of fleet vehicles, maximizing existing investments and ensuring standardization for new vehicles.

The ability to economically and efficiently create an idle-free fleet is the first step toward meeting new and upcoming emissions regulations while maintaining adequate power levels to complete necessary work. As the global shift toward environmental consciousness continues, the ability to easily integrate technologies that prioritize protecting public health in a financially responsible way will lead the way into the future.

Jack Johnson is the founder and CEO of Volta Power Systems. Jack has 16 years’ experience with Johnson Controls providing leadership in advanced material science, new technology launches, and structured turn arounds on an international level. In 2009 Jack was asked to lead the launch of Johnson Control-Saft joint venture where he was responsible for $250M capital development for the first large format automotive focus lithium-ion plant. In 2014 Johnson decided to use the lessons learned in advance lithium-ion and start his own company focused on supporting smaller OEMs in advance energy deployment. Find out more, visit www.voltapowersystems.com.